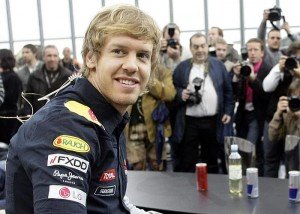 SPORTS, (EFE) .- The flaming world champion of Formula 1, the German Sebastian Vettel, assured today that Fernando Alonso, who snatched the title in the last Grand Prix of Abu Dhabi last Sunday, “remains one of the most complete riders in the world” . “When I started in F1, Fernando was one of the main drivers to admire, even now he is still one of the most complete in the world,” the youngest 23-year-old champion in history said at a Salzburg press conference.

“There are no reasons to have a problem with it,” said the new world champion, asked by Efe at the international press conference offered at the museum and leisure center of the Austrian manufacturer of energy drinks Red Bull in Salzburg.

You can also read:  Al Attiyah, Sunderland and Casale, one step away from victory in Qatar

Ferrari, Alonso’s team, “had difficult moments but they managed to come back,” said Vettel, who won the championship with the Red Bull racing car, based in this Austrian city. “People quickly dismissed Ferrari, but they came back and we can hope they have a strong package next year,” added the rider in view of next season.