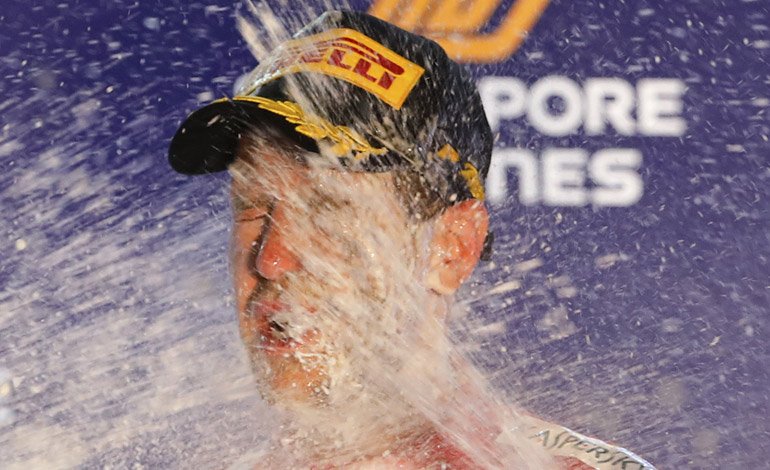 Sebastian Vettel snapped a winless 13-month drought in Formula One by taking advantage of an early pit stop to win the Singapore Grand Prix.

Vettel, who ran third, crossed the finish line first on the Marina Bay street circuit, a five-kilometer (3.1-mile) run. He was 2,641 seconds ahead of his Ferrari teammate Charles Leclerc.

German Vettel, a four-time Formula One champion, had not won a race since the Belgian Grand Prix in 2018.

Leclerc started from first place and held the lead until he made a pit stop on lap 21. When he rejoined the race, he was behind Vettel, who had gone to the pits a lap earlier.

You can also read:  Mercedes withdraws appeal against Verstappen victory in Formula 1

In radio communication with his team, Leclerc made clear his dissatisfaction with the fact that Vettel had stopped first and took the lead.

It was Vettel’s fifth victory in Singapore, where the Grand Prix is ​​run at night.

With six races remaining for the year, Hamilton has a 64-point lead over Valtteri Bottas, his Mercedes teammate, who finished fifth. AP