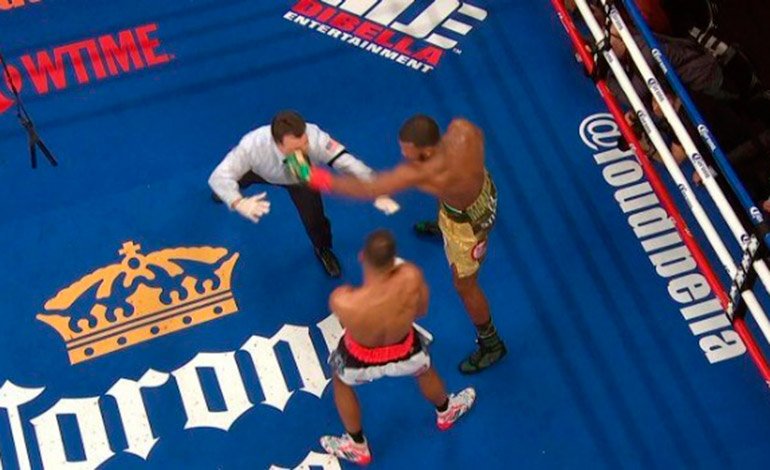 Arthur Mercante, the seasoned American referee, nearly kissed the canvas in the fifth round when he tried to separate the fighters. The judge did not see Badou Jack’s left foot coming, which hit his jaw and was on the verge of making him fall.
Badou was apparently trying to hit his enemy when the judge decided to separate the boxers. Just at this moment the judge began to approach them, and in the same second the Swedish boxer missed and accidentally hit the referee’s jaw. The referee lost his balance and began to fall, but the athlete managed to catch him and put him on his feet.
In the recording you can see that the blow was not strong enough to knock out the judge, but if Badou had hit a few more centimeters to the right, he would have KOed the referee. Well, if there is no harm, there is no fault. The fight took place on January 15 in New York and ended in a draw.