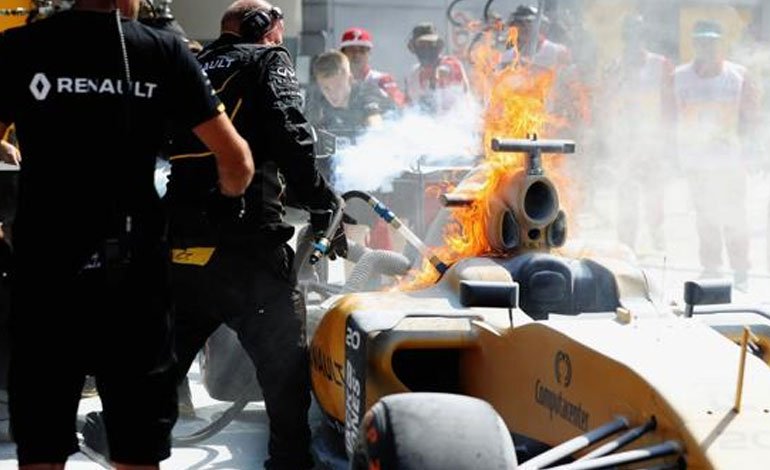 An accident was on the verge of becoming a tragedy in Formula 1. The protagonist was the young driver Kevin Magnussen. The Renault team man was seconds away from burning alive in the middle of a test.

This happened within the framework of the first practice session prior to the Malaysian Grand Prix, which takes place in the city of Sepang. The tests had to be suspended as a result of the fire of the 23-year-old athlete’s car.

Magnussen was forced into the pits, amid smoke emanating from his engine. Then that smoke turned into flames and the quick intervention of firefighters was necessary. The pilot did not suffer any physical damage. (Infobae)

You can also read:  Hamilton will look for a new title that brings him closer to Schumacher