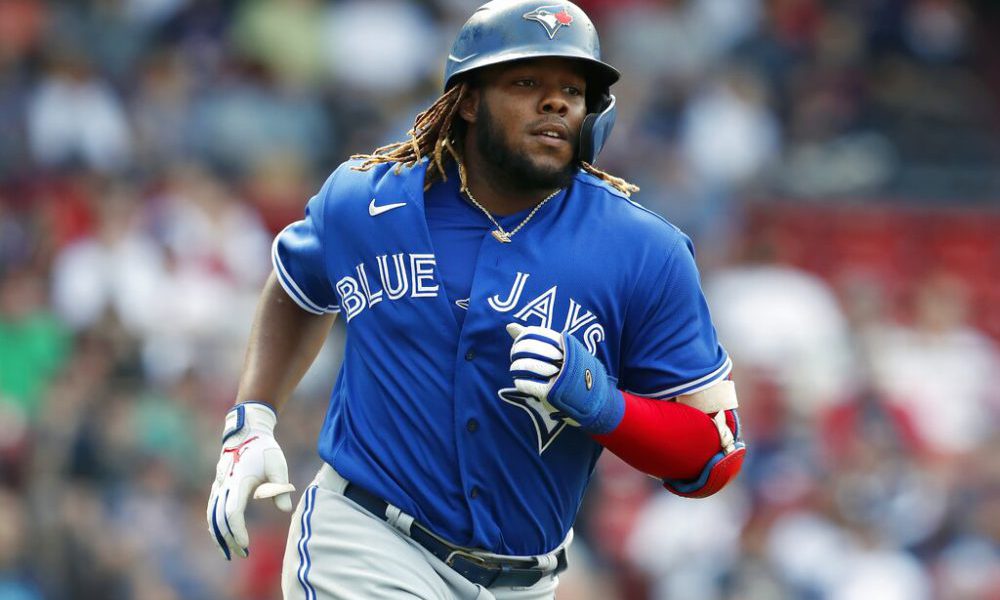 The Toronto Blue Jays completed the sweep against the New York Yankees by beating them 6 runs by 4 in a special game for Vladimir Guerrero Jr., who in addition to hitting his 42nd home run of the season became the youngest player in the Canadian ninth in get 100 RBIs in the same season.
The Dominican went to the street for the second consecutive game, this time in the ninth inning against the pitches of reliever Andrew Heaney with a hit that went between center field and right. With this connection Vladdy equals Salvador Pérez and places only one of the leader in that department in the Major Leagues, the Japanese Shohei Ohtani.
Beyond his power, Vladimir Guerrero Jr. continues to leave his name in the history books and this time he became, at 22 years and 179 days, the youngest with 100 RBIs in a season. In addition, he is the third player with 40 or more homers and 100 or more RBI in a season before the age of 23, equaling Joe DiMaggio (1937) and Juan González (1992).

You can also read:  Mookie Betts scares LA Dodgers with injury against Rockies

The Triple Crown is still latent

The offensive season that Vladimir Guerrero Jr. is having has been spectacular and in this last month of the regular season the Dominican has not lowered his guard and remains with clear options to opt for the Triple Crown in the Major Leagues, an achievement that he achieved by last time Miguel Cabrera in 2012.
After Thursday’s day in the MLB, Vladdy has 42 homers to one of leader Shohei Ohtani. He is third in the RBI department with 100 to four from leaders José Abreu and Salvador Pérez and is second in batting average with .319 behind Trea Turner (.321).(Bolavip)

You can also read:  Recipient Jesús Flores wins the award for the Return of the Year at the LVBP