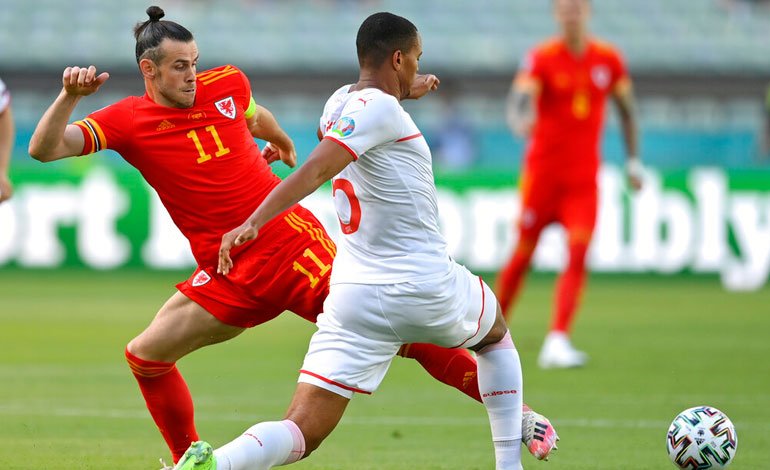 Kieffer Moore, with a goal for Wales in the final stretch of the match against Switzerland (1-1), darkened the debut of the Swiss team, showy until the last half hour and punished after giving ground after Beer Embolo’s goal that put the team ahead Vladimir Petkovic’s men.

Football was somewhat unfair to Switzerland, which for almost the entire match held the reins of a match in which they faced the pleasant surprise of France 2016. Wales, semi-finalists in the last edition, started the European Championship excited but with the Gareth Bale’s name too hoarding in all media.

The still Real Madrid player did not meet expectations. With Wales he transforms and it was expected that at the Olympic Stadium in Baku he will leave behind his irregular image of the course at Tottenham to hit the table.

It was not easy for him. His rival, Switzerland, expert in pointing ways and not going far, has a collection of good players in their maturation point. The 1992-1994 vintage has reached its perfect moment of cooking and almost all of that generation is at the perfect age for a footballer, between 27 and 29 years old.

With names Fabian Schär, Granit Xhaka, Xherdan Shaqiri, Breel Embolo or Haris Seferovic in the eleven, Petkovic’s team was almost forced to take the reins to start the European Championship on the right foot and scare away their fame as an untouchable team in the qualifying phases and weak in the finals.

You can also read:  Barcelona and Neymar close their pending litigation amicably

And, although it took him fifteen minutes to take control of the clash, he got what he wanted. It was easy, because Rob Page opted to lock himself in his field with the giant Kieffer Moore as an island waiting for a counterattack and, except for a ride by Daniel James, always electric and devilish, Wales did nothing.

In one of James’s bursts, Wales enjoyed their only big chance. The Manchester United player delivered a magnificent cross from the left wing that Moore headed in and Yann Sommer saved with a great save. That was it. With Bale gone, Aaron Ramsey in hiding and helm Joe Allen inoperative, Wales set about surviving.

He came out unscathed before the break because Switzerland lacked aim. The Swiss team was able to score with a magnificent backheel from Schär that was cleared by Danny Ward and with three shots from Seferovic that went through the roof. The last one, very clear, on the verge of half-time, marked the beginning of Embolo’s exhibition, who with a great movement inside the area caused a very clear chance that his teammate missed.

You can also read:  Guardiola: «I can't tell my players what Messi is going to do»

Embolo’s hunger did not stop in the locker room. He jumped onto the grass unleashed, powerful, strong, and unstoppable. With terrifying confidence, he took on opponents every chance he got. And, in one of them, he forced Ward to send the ball to a corner that was later a goal. He himself headed Shaqiri’s shot and did justice on the scoreboard.

Wales had no choice but to advance lines. It was no longer worth waiting for mistakes from the rival while hiding in his plot of the pitch. I had to go for the tie. And suddenly the tables were turned and Switzerland became the counter puncher.

Except for another attempt by Embolo that touched the second with a shot that licked the left post of Ward’s goal, during the last half hour Wales, with more drive than head, went for the equalizer. He got it. It was Moore, in a set piece play from a corner, who signed a table with a good header.

You can also read:  Conmebol applies severe sanctions to six soccer players and two Boca leaders for incidents in Libertadores

Without much argument, Wales had found oil. Switzerland paid dearly for their sin, shutting themselves up behind when they clearly commanded the match.

And it could have been worse, because Page’s team smelled blood and in the last minutes went for victory. He did not get it and even got a scare with a goal canceled by Gravanovic’s VAR. In the end, the 1-1 did not move from the scoreboard and Switzerland got a hot flash for an unexpected conservatism. Moore took it upon himself to resuscitate a dying man.

Incidents: match corresponding to the first day of group A of the European Championship played at the Olympic stadium in Baku (Azerbaijan) before nearly 6,000 spectators. EFE (hn)