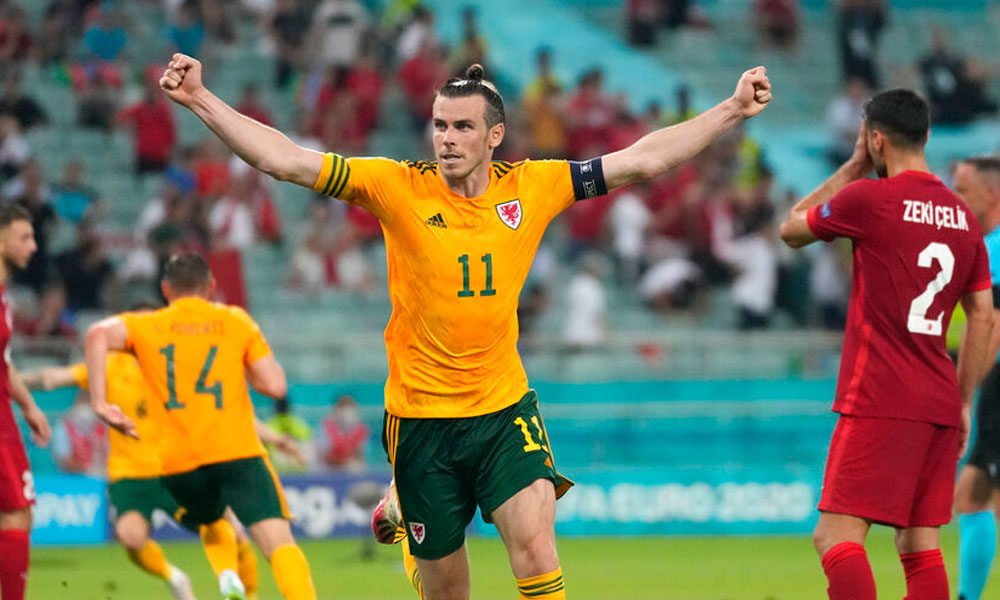 The connection between two of Wales’s reference players, Gareth Bale and Aaron Ramsey, virtually placed Rob Page’s team in the round of 16 of the European Championship and condemned Turkey to a second defeat that leaves them on the verge of ko

They had warned twice. Bale, without opposition, looked at the area from three quarters and Ramsey entered alone from the second row. In the first (m.6), goalkeeper Ugurcan Çakir saved the Juventus player’s shot, who in the second (m.24) shot too high when he was completely alone.

But the third did not fail. Turkey, who seemed to have woken up with the passing of the minutes, incredibly had not learned the lesson. He again left Bale alone to control, look and cross into the box, and allowed Ramsey to come down a highway to chest the ball down and cross it into the net.

It was the punishment for a new mistake by the Senol Gunes team. The need for victory after losing resoundingly in the opening match of the European Championship against Italy (3-0) was not reciprocated on the pitch. Only in a few bars with the class of the milanista Hakan Calhanoglu, the attempts by the right of Cengiz Under and the struggle in point of the striker of the Lille Burak Yilmaz fed their illusions.

You can also read:  Cristiano trains for the first time with United

Wales, with the same starting eleven as against Switzerland, knew how to manage the game well. Quick when needed with Daniel James on the left, solid at the back when wear and tear took its toll and attentive to taking advantage of his rival’s facilities.

Senol Gunes had no choice but to look for solutions. At the break he brought on Yusuf Yazici and Merih Demiral in place of Ozan Tufan and Okay Yokuslu, who had foundered in the first half. He almost found them, but Burak Yilmaz dashed into the edge of the small area and missed a clear option to route the resurrection.

The ‘red dragons’, who on this occasion looked more like the ‘Australian soccer players’ (uniformed with a yellow shirt and socks and dark green shorts), not only managed their advantage, but first Ramsey and then Bale were able to extend it, mainly the Madrid left-hander .

He could have sentenced the match at game time and have rounded off a magnificent performance. Instead, his penalty shot was elevated to the stands of the Olympic. Almost immediately afterwards, he came close to scoring the second goal by blocking a clearance by the Ottoman goalkeeper.

His failure gave life to Turkey, who, with more drive than football, never gave up to add at least one point and increase their chances of going to the round of 16. But he had no ideas and the few were aborted by goalkeeper Danny Ward in a header from Merih Demiral.

In the midst of Turkish frustration, and with the addition fulfilled, there was still time for Bale to round off a magnificent performance and make up for the error of the penalty with his second assist, to Connor Roberts, which sealed the final 0-2.

You can also read:  Lionel Messi not only left for financial reasons from FC Barcelona

Incidents: Match of the second day of group A played at the Olympic stadium in Baku. EFE (hn)