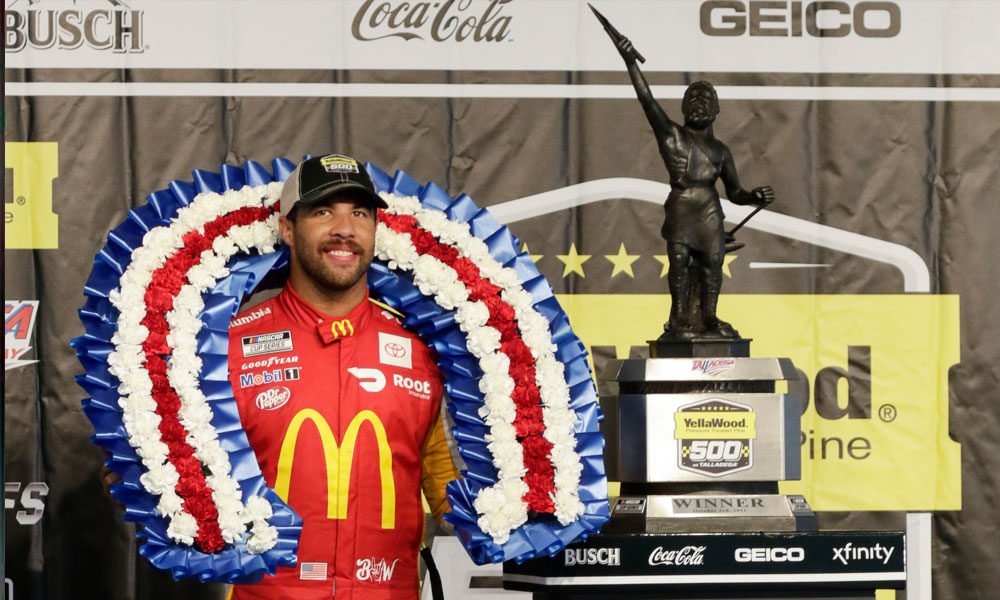 Wallace, who last year successfully led calls for the display of the Confederate flag to be banned from NASCAR events following the assassination of George Floyd, led five of the 117 laps of the race at Alabama.

When a second downpour forced an additional suspension in the races, the test came to a halt with 71 laps to go, giving the victory to Wallace and his 23XI Racing team, which is owned by former NBA stars Michael Jordan and Denny. Hamlin.

You can also read:  Sport and tragedy come together in the Dakar due to an avalanche in northwestern Argentina

Wallace is the first black driver to win in the NASCAR Cup series since Hall of Famer Wendell Scott did so in a race in Jacksonville, Florida, on December 1, 1963.

The driver regularly spoke out against racism following the murder of George Floyd in Minneapolis, and in June of last year asked NASCAR bosses to ban the Confederate flag from racetracks used at the circuit.

The flag has long been a staple on NASCAR tracks in the southern United States, but it remains a symbol of slavery and racism for many. NASCAR then banned the display of the flag in its races.

You can also read:  VIDEO: Which is faster, a Ducati motorcycle or a Ferrari?

Wallace was involved in a controversy in June last year after his team reported that a rope had been found hanging in the team’s garage at Talladega Superspeedway.

A subsequent investigation by the FBI determined that Wallace had not been the victim of a hate crime and that the rope was a rope to lower a garage door that had been there since 2019. AP