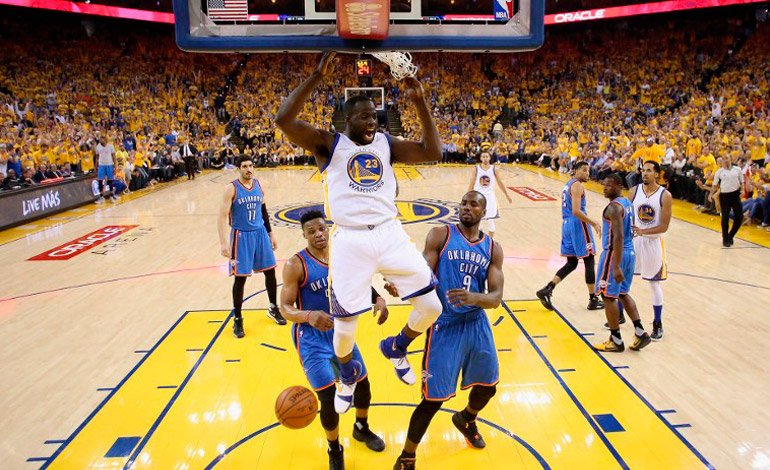 Point guard Stephen Curry was once again the star of the Golden State Warriors by scoring 36 points and leading them to a 96-88 victory over the Oklahoma City Thunder in the decisive seventh game of the Western Conference finals that played the best of seven and won 4-3.
The Warriors, who defend the title of NBA champions, will play the Finals again against the Cleveland Cavaliers, their rivals from last season, who also repeated the title of Eastern Conference champions by eliminating the Warriors 4-2. Toronto Raptors.
Along with Curry, who made seven triples of 12 attempts, distributed eight assists and captured five rebounds, shooting guard Klay Thompson supported him with 21 points, including six baskets from outside the perimeter.
The Warriors became the 10th team in NBA history to come back from a 1-3 deficit in a best-of-seven playoff tie.
Forward Kevin Durant with 27 points and seven rebounds was the leading scorer for the Thunder, while point guard Russell Westbrook, who lost the individual duel with Curry, had a double-double of 19 points, 13 assists and captured seven balls under the hoops.EFE

You can also read:  Lakers and Clippers will meet on the first day of the NBA season resumption