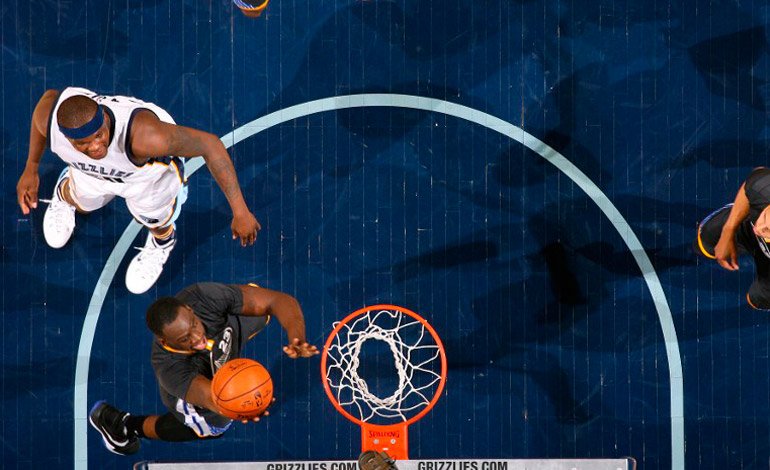 The Golden State Warriors returned to the path of victory and endorsed their status as a historic team by reaching victory number 70 so far this season in the NBA.
The reigning league champions put behind them the two losses suffered in the previous three games by beating the San Antonio Spurs 112-101.
Point guard Stephen Curry was once again the leader of the attack for the Warriors, who became the second team in NBA history to achieve that mark after the Chicago Bulls did it in the 1995-96 season, when they established the best in the league by reaching 72 wins.
The Golden State team secured home field advantage while they are in the final phase competition, in which they will defend the title of champions.
Now the Warriors (70-9) will focus all their attention and effort on winning the remaining three games and trying to beat the Bulls’ historic record.
The litmus test will be having to travel to San Antonio and face the Spurs again, who already beat them at their AT&T ground.
The Spurs (65-13), who already have the second best record in the Western Conference and the league, received the help of forward Kawhi Leonard, who once again became their leading scorer after contributing 23 points and leading the list of five players. , including three starters who had double-digit numbers.
Shooting guard Dwyane Wade contributed 21 points, five rebounds and four assists, which left him at the head of the Miami Heat’s balanced attack that came from behind to beat the Chicago Bulls 106-98.
Along with Wade, six other Heat players had double-digit numbers, including reserve center Hassan Whiteside, who contributed a double-double and had a great duel with Spaniard Pau Gasol, who along with shooting guard Jimmy Butler were the only two players in the Bulls who were able to overcome the defense of the Miami team.
Although the Heat did not play their best team game in the first half, they went into the break with a six-point deficit (40-46), in the final minutes of the fourth quarter they overwhelmed the Bulls and got their ninth win in the last 10 games they have played at their field at the American Airlines Arena.
Butler was once again the top scorer for the Bulls by scoring 25 points, but they were not enough to avoid defeat, the second in a row, which left the Chicago team with a losing mark of 39-40, three wins behind the Detroit Pistons, eighth in the Eastern Conference, last place that gives the right to be in the final phase.
When both teams have only three games left in the regular season, one more victory for the Pistons or loss for the Bulls classifies the team in Detroit and the same happens with the Indiana Pacers (42-36) who have three games and a half ahead and are seventh.
Together with Butler, Gasol once again achieved a double-double, number 45 so far this season, by contributing 21 points and 12 rebounds, but they could not avoid defeat either.
If the Bulls are the negative surprise in the Eastern Conference if in the end they stay out of the playoffs, in the Western one, that condition belongs to the Houston Rockets who lost again in their field by 115-124 against the Suns of Phoenix and pretty much said goodbye to the finals competition.
Bosnian power forward Mirza Teletovic, who came off reserve, emerged as the leading scorer for the Suns by contributing 25 points, which helped his team break a six-game losing streak.
The Rockets (38-41) with three games remaining in the season were two wins behind the Jazz, who only need a win or another loss from the Houston team to ensure passage to the final phase.
Shooting guard James Harden with 30 points was once again the leader of the Rockets’ attack, while forward of Dominican origin Trevor Ariza reached 22 points and Howard kept 10 and seven rebounds without being able to be a winning factor again or impose their physical power within the painting.
Point guard Jeff Teague once again led the attack for the Atlanta Hawks who beat the Toronto Raptors 95-87 in the matchup of the Eastern Conference division-leading teams.
Teague scored 23 points that put him ahead of the seven-player roster, including five starters who had double-digit numbers.
The great team effort allowed the Hawks to have one of the best performances of the season and allowed them to continue leading the Southeast Division and third in the Eastern Conference with a 47-32 record.
While the Raptors (52-26) moved away from the fight to have the best record in the Eastern Conference by falling three and a half games behind the Cleveland Cavaliers (56-23), who had a rest day, and now they just need one more win or loss from the Canadian team to secure the best record when playoff competition comes around.
Senegalese center Gorgui Dieng contributed a double-double of 18 points and 13 rebounds that left him in charge of the winning attack of the Minnesota Timberwolves who beat the Sacramento Kings 97-105 at home, in a duel of losing teams from the Western Conference and eliminated from the playoffs.EFE

You can also read:  Davis revives Lakers against Spurs