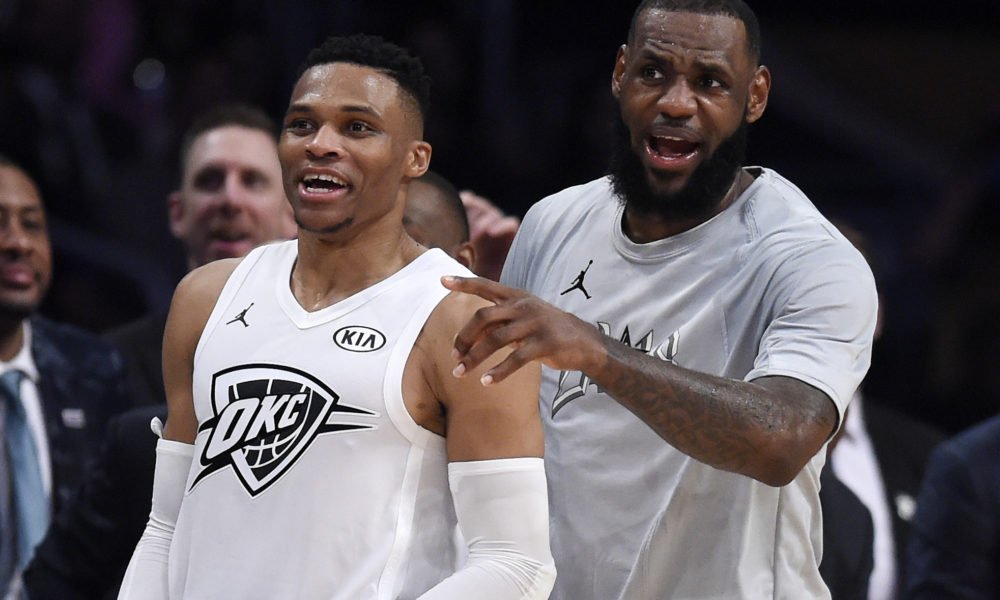 Star guard Russell Westbrook said Tuesday that his role with his new teammates at the Los Angeles Lakers will be simple, and includes making things easier for superstar LeBron James.

The Lakers landed Westbrook in a successful deal with the Washington Wizards in the hopes that a lineup of the “Big Three,” LeBron, Westbrook and Anthony Davis, could take them to the top in 2022.

In his official presentation, Westbrook, a native of Southern California, said it was a “blessing” to land in Los Angeles, where he had many memories of the glory of the Lakers.

“I come to a championship-caliber team and my job is to make sure that I can make (LeBron’s) game easy for him, and I’ll find ways to do it throughout the game,” Westbrook promised.

“When it comes to ball handling and all that, it doesn’t really matter. There are many different ways you can impact the game without having the ball in your hands, “he added.

LeBron and Davis led the Lakers to the NBA title in 2019, but the pressure for a repeat of a new championship was hampered by injuries to both players.

Westbrook was the NBA’s Most Valuable Player in 2017 with the Oklahoma City Thunder, where he played from 2008 to 2019. He was traded to the Houston Rockets and then last December to the Washington Wizards, where he helped the capital’s quintet reach the playoffs for first time since 2018.

The nine-time NBA All-Star, winner of Olympic gold in London-2012, has led the assists statistic in three of the last four seasons and was the league’s scoring champion in 2015 and 2017.

In 2017 he set a record with 42 triple-doubles in a season, racking up double-digit stats in points, assists and rebounds, in 42 games, and joined Oscar Robertson as the only players to average a triple-double in an entire season. .

Westbrook holds the career record for triple-doubles at 184.

Some experts have wondered how he will relate to LeBron and Davis. Westbrook responded that that will not be a problem. “I’m always looking at the list and seeing how I can improve other guys,” he concluded. (AFP)