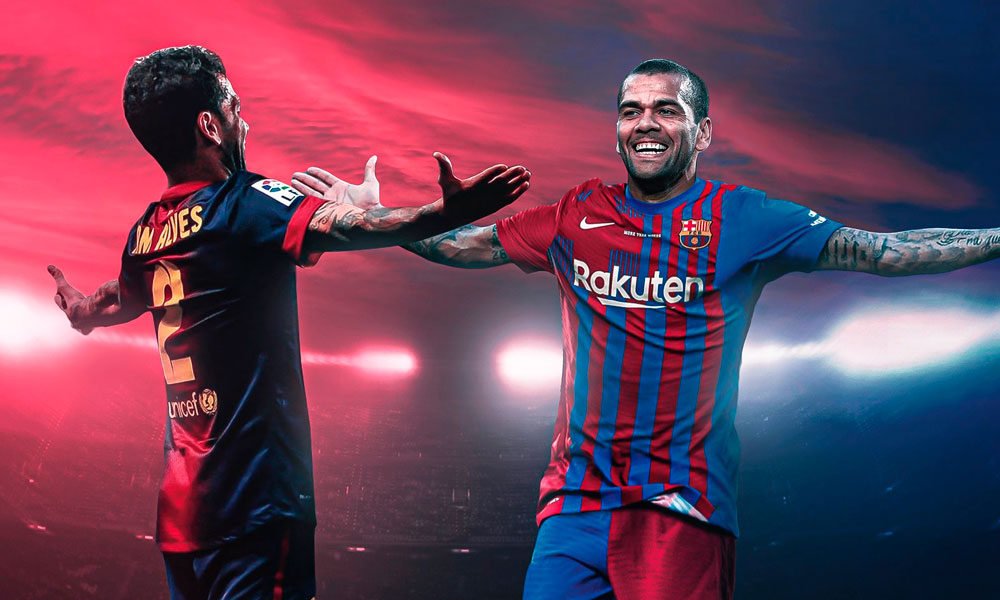 At 38, Dani Alves was confirmed as a new hire for Barcelona, ​​a team in which he was able to play for the last time in the 2015/2016 season. Now, after the arrival of Xavi Hernández to the Barça bench, he will have a second chance at the institution.

And it is that after completing his contract, with the team of which he is a fan in Brazil, Sao Paulo, the footballer with a right profile was left as a free agent and available to sign for any club; After thousands of rumors, the Blaugrana team confirmed it for this season.

They were eight campaigns, in which the footballer was tied to the culé; years in which he won several titles, and in which he remained in the great history of the most important team in Catalonia, since he is one of the footballers who has raised the most trophies in history.

You can also read:  Jean-Pierre Adams dies after 39 years in a coma

One of the doubts that arise before the arrival of the Brazilian is which number he will use in his instance in the hosts of the team that is now led by his former partner and friend Xavi Hernández, who at 41 also returned to the institution but as a coach.

It should be remembered that Alves, in his previous visit to Barcelona, ​​wore four different numbers: he started with number 20, then went through number 2, where he became popular, last place was number 22 and finally number 6; this, after the departure of Andrés Iniesta, the Catalan club.

Of course, it must be said that in this campaign those numbers that he wore are already occupied. The 20th is in the power of one of the homegrown players, my eventual competitor for the position, Sergi Roberto; number two is held by the US right-back Sergiño Dest; The shirt that has 20 is Oscar Mingueza and the number 6 is Riqui Puig. Now the question is over what number will the Brazilian use in his second instance with Barcelona. (Bolavip)

You can also read:  Maradona's doctor rejects responsibility for his death