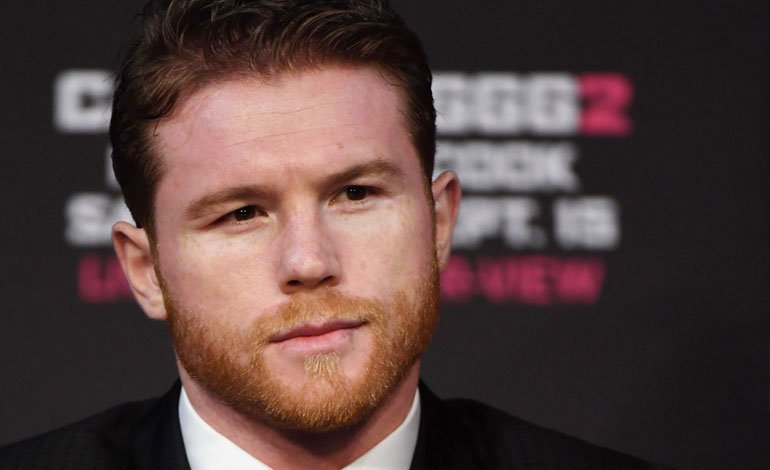 Canelo Álvarez will set an attendance record for boxing at the Cowboys stadium in Arlington this Saturday when he faces the undefeated British Billy Joe Saunders, since, official sources informed ESPN KNOCKOUT, there are only six thousand tickets left of the 68 thousand available at the box office for the expected clash for the titles of the World Boxing Association, World Boxing Council and World Boxing Organization.

The current mark in the stadium is 51 thousand fans imposed by Canelo himself, almost five years ago, when he faced the British Liam Smith for the Superwelter World Championship. The record on Texas soil is 63,000 fans at the Alamodome in San Antonio, Texas, in 1993, when the legendary Julio César Chávez and Pernell Whitaker fought.

You can also read:  Worrying knockout of Callum Smith to Lenin Castillo that has boxing on edge

“We have six thousand tickets left at the box office, the public response with Canelo is great in Texas and we are setting ourselves up for a new attendance record in Texas and in this colossal stadium,” said a spokesman for Matchroom Boxing, organizers of the fight between the champions. of the world. In fact, this is the third fight in a row that Canelo has worked with Eddie Hearn.

This Friday, five thousand fans are expected for the weigh-in ceremony, which will be on the esplanade of the stadium with capacity for about 100 thousand fans, but by arrangement of the organizers, they decided to shorten the attendance to 68 thousand fans, an amount accepted by the new measures established in the Texas state.

You can also read:  “Muñeco” Gonzales: I came to knock out

If the remaining tickets are sold, then Canelo will have surpassed 200,000 fans for five fights on Texas soil. He scored 40 thousand in 2013 against Austin Trout at the Alamodome in San Antonio, then 31 thousand against James Kirkland at Minue Maid Park in Houston in 2015, before Liam Smith he surpassed 51 thousand attendees at AT&T Stadium, venue of this fight, and it was 11,000 more against Callum Smith last December at the Alamodome.

Some of the best entries have exceeded 100,000 fans, such as that of Julio César Chávez against Greg Haugen before more than 130,000 at the Azteca Stadium in 1993, although, recently, spectacular crowns have also been achieved such as Anthony Joshua’s. and Wladimir Klitschko before 90,000 fans at Wembley Stadium in 2017. (GG) (Infobae)

You can also read:  VIDEO: Because of his dancing and boxing, he is classified as the dumbest and baddest in boxing