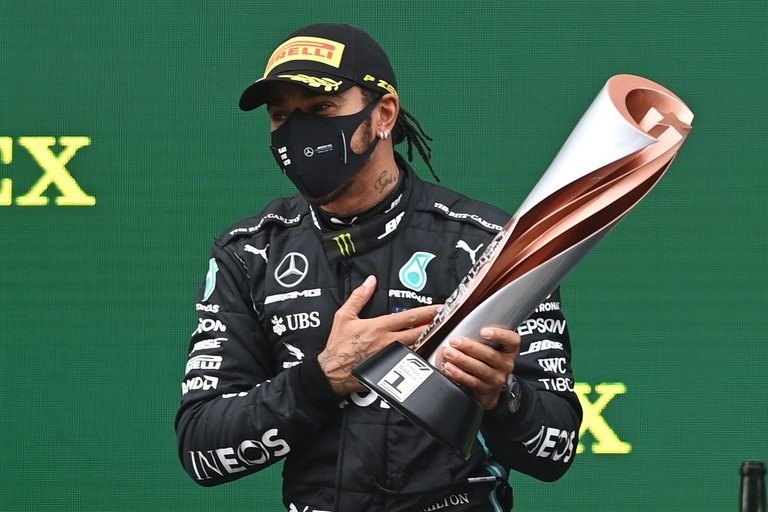 Next Thursday Lewis Hamilton will turn 36 and he hopes to celebrate it by signing the contract renewal with Mercedes, a team with which he won six of his seven Formula 1 titles (the other was with McLaren). However, there are economic differences between the English pilot and the German house in a difficult context due to the COVID-19 pandemic. The deadline to put the hook would be until the end of next month.

Both Hamilton and his friend and German team boss, Toto Wolff, at the time admitted that the delay in extending the link was because the priority was to win the Constructors ‘and Drivers’ World Championships. That until those goals were met, they would not sit down to negotiate. In turn, the Austrian team-manager asserted that “they did not have time because there were very close races and because health protocols prevented meetings outside the racetracks.”

You can also read:  Verstappen to debut at Suzuka on Friday three days after his 17th birthday

The truth is that these objectives were captured and 2021 began without the British confirming its continuity. According to Il Corriere Sport, Hamilton asked for a four-year contract worth € 50,000,000 for each season. However, Daimler, the parent company of Mercedes, stopped the deal. This is a global of 200,000,000 euros.

This would be a counterproposal from Hamilton, which in November would have required a three-year contract with 70,000,000 euros per year. It was an impossible budget for the company that announced the layoff of 20 percent of its staff due to falling car sales during the pandemic. That is why the Italian media added that the new conditions of the Stuttgart house are two years of contract, with the amount required by Lewis, but with the option to renew. There it would be 100,000,000 euros for two seasons.

Another point that they would have analyzed in Stuttgart was the performance of George Russell when he replaced his compatriot Hamilton in the second competition in Bahrain, where he was absent due to having COVID-19. The current Williams driver excelled that weekend where he raced with the champion’s car and could have won had he not suffered a broken tire. This means that the German priests, without wanting to stop having Lewis, considered that in case he did not reach an agreement, Russell could be an option. This is a Mercedes hired racer and was loaned to the Grove squad that has German engines.

You can also read:  The Mexican Gutiérrez hopes to win the first points before his audience

It should be remembered that the Mercedes F1 team now has three main shareholders and in equal parts: the German factory itself, Toto Wolff himself and INEOS, one of the main sponsors of the team. It remains to be seen if the multinational chemical company based in London influences the continuity of English, that is, by contributing more money to the team in 2021 and whether this paves the way for renewal. With that, the German factory could have a break in the numbers that the English raised. Mercedes and Ferrari are the biggest budget teams in F1 with a total of 400,000,000 annually.

You can also read:  Charles Leclerc reigns at the Australian Grand Prix

While the International Automobile Federation (FIA) did list Lewis for 2021, who is listed in Mercedes. The rest of the teams have already confirmed their starting runners.

Hamilton, who was named Sir by the United Kingdom, has not yet ratified his continuity with Mercedes. Il Corriere Sport also reported that the deadline would expire at the end of February, before the start of the pre-season tests in Barcelona, ​​scheduled for March 2. If there are no complications from the pandemic, the start of the season will be on March 21 in Melbourne, Australia. (GG) (Infobae)