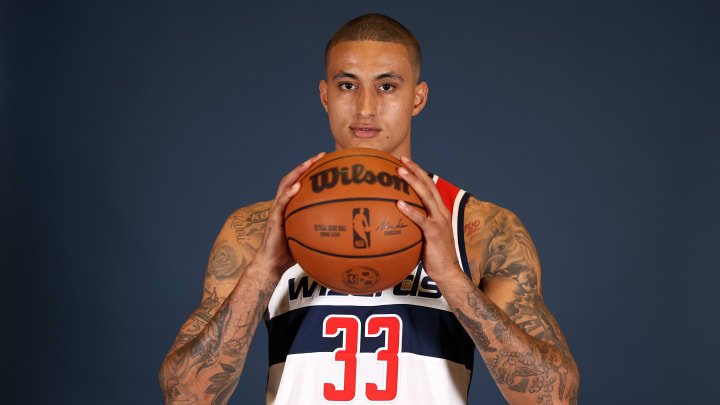 Kyle Kuzma has so far four seasons of experience in the National Basketball Association, all of them with the Los Angeles Lakers, a team with which he debuted in the best basketball in the world in 2017 despite being chosen in the draft that same year. by the Brooklyn Nets.

In this free agent market, the power forward came to the Washington Wizards as part of the transaction that sent Russell Westbrook to the Lakers and from now on things will be completely different for Kuzma, who recently assured that he was completely satisfied with his departure from the Los Angeles quintet.

You can also read:  Kuzma and the Lakers come back to get consecutive wins

And the change will be in every way for the player, who in his new team will not wear the number ‘0’ on his shirt as happened during his time with the gold and purple team. In fact, Kuzma will wear the number ’33’ on the jersey of the Washington quintet from the season that is about to begin.

Why did the number change?

Kyle Kuzma himself revealed the reason for the change in number upon his arrival at the Washington Wizards. “Out of respect for Gilbert Arenas,” the player explained in an interview with NBC. That’s probably the main reason. When you think of the Wizards, the first person that comes to mind is Gilbert Arenas, “he added.

You can also read:  NBA announces 16 positive cases of Covid 19 during last week

Arenas, who played 11 seasons in the NBA, eight of them with the Wizards, is a Washington team legend and so far no other player has used the number ‘0’ since leaving. Even Russell Westbrook, who had the approval of Arenas himself to use it, preferred to wear the number ‘4’. (Bolavip)