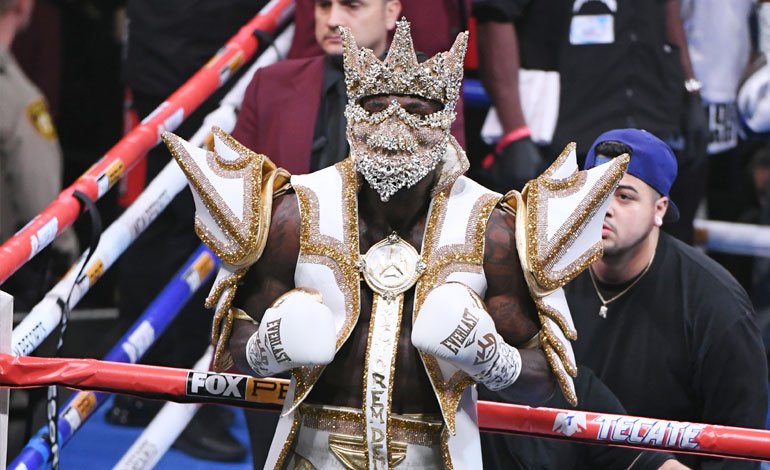 From the beginning there was a lot of respect between both fighters after the previous fight, and in the first three rounds they dedicated themselves to studying each other.

The Cuban had a very good strategy in the first five rounds, while the champion looked very cautious.

A pair of hooks from the Cuban in the sixth chapter penetrated the champion’s guard.

But, in the seventh, a straight right from Wilder to the Cuban’s face ended the fight and the American retained his WBC heavyweight title.

At the time of the knockout, the scorecards favored the Cuban by two points, but Wilder turned the tables in just two seconds.

Twenty months ago, the American was saved by the bell after Ortiz staggered him in the seventh round of his first clash, but on that occasion the champion recovered and demonstrated the power of his punch by laying the Cuban on the canvas with his forehand.

Since then, Wilder had fought twice, with a thrilling draw with Britain’s Tyson Fury last December before defeating Dominic Breazeale in the first round in May.

You can also read:  The world champion Navarrete against «Yuca» López in the return of boxing

The 34-year-old has a rematch with Fury tentatively scheduled for Las Vegas in February next year, and could also hope to face the winner of next month’s Anthony Joshua-Mexican Andy Ruiz rematch in Saudi Arabia.

Both the Fury fight and a possible unification bout with Ruiz or Joshua would be guaranteed to bring in many millions for Wilder, who is undefeated in 43 fights and widely regarded as the most destructive puncher in the division.

In the first fight of the night, Mexican Eduardo Ramírez (23-2-3) won by knockout in the fourth round of Cuban Leduán Barthelemy (15-1-1) in the super featherweight weights.

You can also read:  Julio César Chávez will ask his son to retire from boxing

The Aztec hit a left straight to send the Antillean to the canvas and define the fight.

Later, the fight between the Mexicans Brandon Figueroa (20-0-1 with 15 Kos) and the also Aztec Julio Cejas (32-4-1 and 28 KOs) for the super bantamweight championship of the World Boxing Association ended in a draw.

In the penultimate fight of the night, Mexican Leo Santa Cruz (37-1-1 and 19 KOs) defeated his compatriot Miguel Flores (24-3 and 12 KOs) by unanimous vote for the WBA super featherweight title. his fourth belt in different divisions. AFP