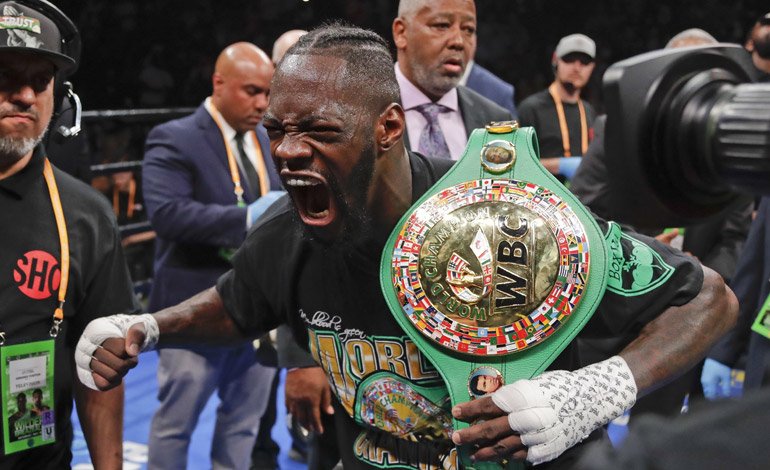 Deontay Wilder believes that the big duel with Anthony Joshua and the rematch with Tyson Fury are yet to come.

Meanwhile, he quickly and forcefully resolved an issue with Dominic Breazeale.

Wilder won again on Saturday after knocking out Breazeale with a powerful right hand in the first round to defend his heavyweight title.

“There was a lot of hostility and a lot of things were said, and it just came out of me tonight,” the fighter commented.

A lights out and good night brought to you by Deontay Wilder. 😴 pic.twitter.com/PDPGV7qIV2

Wilder hurt Breazeale with a right hand to the head early in their fight at Barclays Center, but the challenger had recovered from that first attack. However, he couldn’t take another right hand later in the same round that left him on the canvas trying to get up as referee Harvey Dock counted 2:17 to go into the fight.

“When I hit him with my right the first time, his body language changed,” Wilder noted.

And with the last one, Breazeale collapsed.

Wilder (41-0-1, 40 knockouts) was coming off a draw against Fury in December, the first fight of his professional career that did not end in victory. He wanted a new matchup with Fury or a unification fight with Joshua, but failing to get those matches he settled for the mandatory defense of his WBC title.

He resolved it quickly, finishing Breazeale (20-2) after suffering in his last two bouts.

Wilder weighed just over 223 pounds, up from the 209 he weighed in the fight with Fury but still far from the 245 he targeted after feeling too small in that fight, in which he dropped Fury with a tough combination of punches in the 12th round but had to settle for a draw when the challenger was able to get up and finish the bout.

So a replay of the match was expected, but Fury preferred other plans.