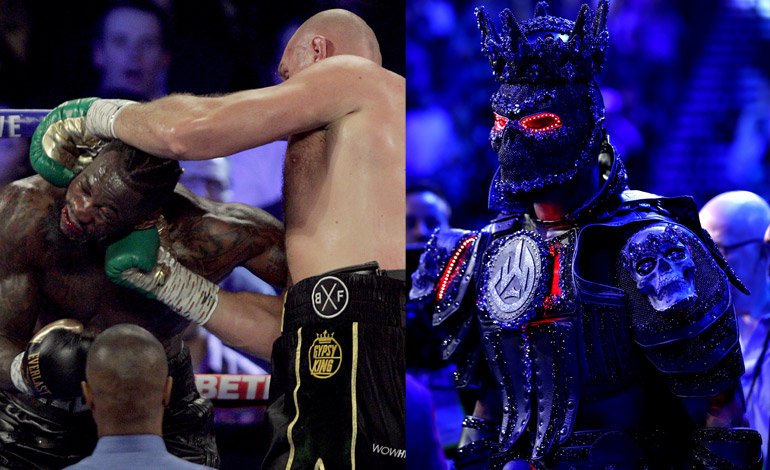 Deontay Wilder says the elaborate costume he wore to get into the ring wore him down so badly that he ultimately didn’t have the strength to withstand Tyson Fury’s attacks in Saturday’s heavyweight title fight.

Wilder added that he would make a clause in his contract valid to play a third fight with Fury, perhaps in the middle of this year.

“This summer, with no other fights before this one,” Wilder told The Associated Press on Monday in a telephone interview. “I am a warrior and I am ready to go again, but we are going to change a lot in training.”

The American said his costume, described by himself as a tribute to Black History Month, detracted from him. He claimed that his legs were not responding adequately by the time the lawsuit began.

Wilder recounted that the entire outfit, including the mask, weighed about 40 pounds (20 kilograms). By the second round, he knew that the speed and strength of his legs had left him.

He added that his assistant coach Mark Breland violated pre-fight instructions by throwing in the towel to end hostilities at 1:39 in the seventh round. He warned that Breland will hardly be in his corner for a third contest.

“We had a lot of discussions about this situation for years, and the fact that he was still doing this after Jay (Deas, Wilder’s head coach) told him not to do it is something that really hurt me. And then I heard that he was influenced by another boxer in the audience, which makes the conspiracy theories in one’s head quite meaningful. Why did he do it? Has no sense”.

You can also read:  VIDEO: Triumphal return of the "Doll" Gonzales

The former heavyweight champion was knocked down twice by Fury in combat, before his corner threw in the towel in the seventh inning. It was his first loss in 44 fights, and it came after 10 successful title defenses.

Wilder, who has always worn outrageous costumes in the ring, said he tried on what he would wear during the fight the night before, in his hotel room, to make sure he could put it on and take it off.

He claimed that the outfit weighed heavily, due to the sequins and other decorations, as well as the batteries the mask required in order for the eyes to light up when the fighter arrived in the ring.

You can also read:  The Uruguayan 'Mayweather' travels to Mexico to train at the elite level

“When I walked up the steps (into the ring), I knew immediately that there was something different about my condition,” he said. “After the second round, I had no legs, period.” AP