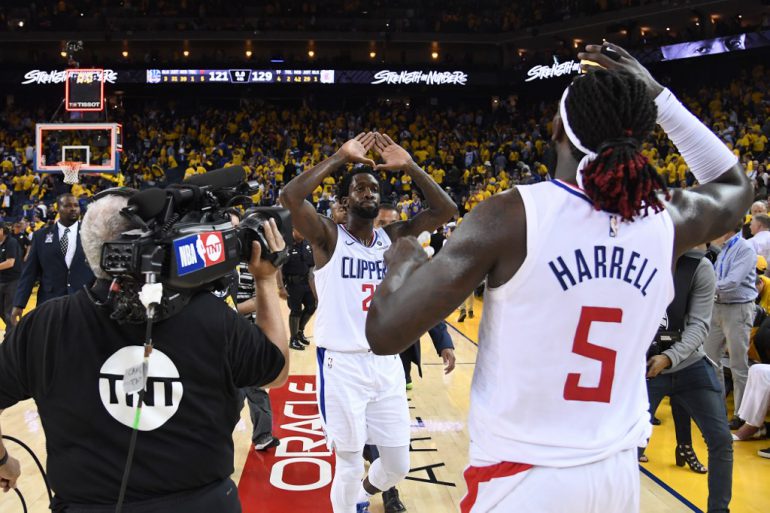 The reserve guard Lou Williams contributed a double-double of 33 points, including the decisive ones of the last two minutes of the game, and 10 assists, which left him leader of the Los Angeles Clippers who beat the Golden Warriors 121-129 at home. State, in the fifth game of the first round of the Western Conference playoffs.

The victory allows the Clippers to stay alive in the best-of-seven tie that is now still in favor of the Warriors 3-2, but they will have to travel back to Los Angeles to meet Friday at Staples Center.

The two-time champions of the NBA They had everything ready for the celebration in their field at Oracle Arena and they hoped to start thinking about their next rival, that if they beat the Clippers, it would be the Houston Rockets, who reached the semifinals after beating the Jazz 100-93 Utah in Game 5 of the best-of-seven series.

You can also read:  Durant's return with Nets would be the big draw in league restart

The loss of the Warriors is the second consecutive of games of ‘playoffs’ they suffer in their field since the Finals of the NBA of 2016 when they lost to the Cleveland Cavaliers.

The Warriors, despite the 45 points contributed by star forward Kevin Durant, his best mark as a professional in the playoffs, in the end did not get the decisive points, which always fell on the side of the Clippers.

The Los Angeles team once again had the Warriors field as their talisman where they could play their best game, as they did in the second game when they came back from a historical deficit of 31 points.

The point guard Patrick Beverley also returned to be a winning factor by contributing a double-double of 17 points, 14 rebounds -11 defensively-, and distributed four assists, in addition to making a great defense over guard Klay Thompson.

Italian power forward Danilo Gallinari also stood out in the Clippers’ attacking game, scoring 26 points and seven rebounds, which left him as the second leading scorer, despite missing the first four triple attempts he made early in the game. .

The Clippers, who dominated the Warriors in the inside game with 42 rebounds for 39 of the current league champions, also had the support of backup center Montrezl Harrell who scored 24 points.

Durant was the great leader of the Warriors, but his great individual scoring work, hitting 14 of 26 field goals, in his third game of the series of at least 30 points, were not enough to avoid defeat.

The Warriors star forward, who also had six rebounds and six assists, had 40 or more points in playoff games for the ninth time in his professional career.

You can also read:  NBA star insists the Earth is flat

Durant reached 3,816 points in playoff competition and surpassed John Havlicek (3,776) for twelfth place on the all-time list of the NBA.

Point guard Stephen Curry finished as the second leading scorer by scoring 24 points, including four 3-pointers from five attempts, which allowed him to reach 400 in playoff competition, the best record of all time, which is in his possession.

The guard Klay Thompson reached 22 points, but did not have his best defensive work and that was one of the keys to the defeat of the Warriors.

The current two-time league champions failed to cancel out the Clippers’ key players in the final stretch of the game and it cost them defeat again.

The Warriors allowed the Clippers to finish the game with 54 percent shooting from the field. EFE