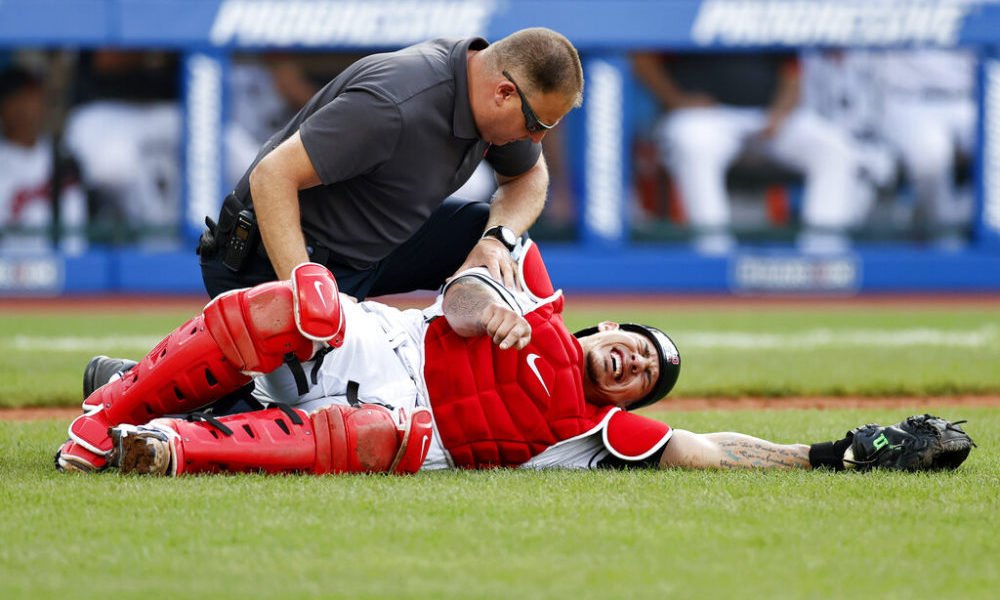 Indians catcher Wilson Ramos will require surgery for a ligament tear in his left knee that will leave him out for the rest of the season, the team said Monday.
The Venezuelan tore his anterior cruciate ligament and medial collateral ligament in the seventh inning of Cleveland’s win over the Boston Red Sox on Sunday. He fielded a loose hit in front of home plate and was about to pitch to second base when his left knee buckled and he fell to the grass.
Ramos, 34, made 44 games this season – nine with Cleveland and 35 with Detroit. His batting average was .226 with two homers and 7 RBIs for the Indians, who haven’t had Gold Glove-winning catcher Roberto Perez most of the year.
Perez entered the disabled list earlier this month with a swollen right shoulder and back spasms. He spent 60 days on the disabled list this season after undergoing surgery on his right middle finger, which fractured in April when there was a signal confusion with reliever James Karinchak against the Chicago White Sox.
Austin Hedges has been catching Cleveland for most of the season.
Ramos drove in two runs on Sunday. After injuring himself, Hedges replaced him and hit the tying home run. (AP)

You can also read:  Softball: CABEI is crowned champion of the Francisco Morazán league