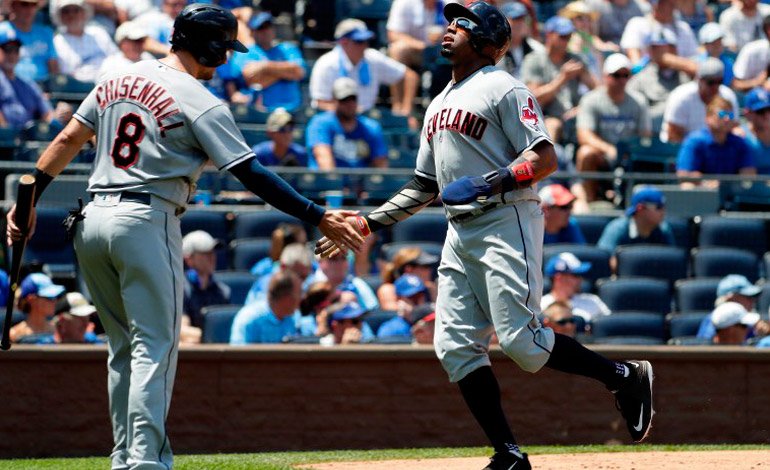 The Cleveland Indians hit five home runs, two of them by Tyler Naquin, to beat the defending champions, the Kansas City Royals, on Wednesday in the Major Leagues, with a score of 11 × 4.

The others who homered for the ‘Tribe’ were Jason Kipnis, Carlos Santana of the Dominican Republic and Mike Napoli of Italian descent.

Carrasco allowed an RBI double by Nicaraguan Cheslor Cuthbert in the fourth, but the offensive support of his teammates allowed him to work comfortably afterwards.

For Naquin it was his first game with more than one homer, while Napoli did it for the second consecutive game.

The disaster was for fellow starter Ian Kennedy (6-8), who has allowed a home run for the ninth consecutive game, although positively he struck out eight batters. (AFP).