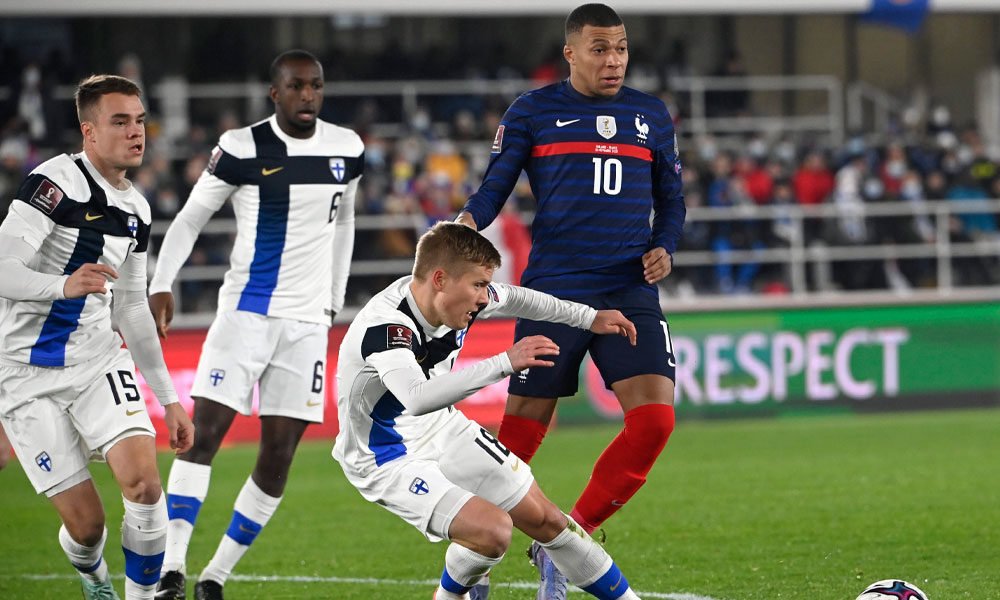 The French team, current world champions and already qualified for Qatar-2022, closed their World Cup qualification phase with a 2-0 victory in Finland, with goals in the second half from Karim Benzema and Kylian Mbappé.

This result also causes Finland to be left without second place in the group that gives access to play the repechage, since it was surpassed by Ukraine, which won 2-0 in Bosnia.

With the ticket to Qatar already in his pocket, Didier Deschamps decided to draw a starting eleven with several regular starters (Lloris, Griezmann and Mbappé) and some notable absences (Kanté, Benzema, Pavard and the Hernandez brothers) against a rival who did I was playing go to the repechage.

You can also read:  LaLiga assures its clubs that Barça complies with Economic Control regulations

In the first half there was hardly any showy game and there were few chances to score, except one in each area, the first a shot by Moussa Diaby that the Finnish goalkeeper stopped (6) and the other was a powerful shot by Teemo Pukki that did not managed to surprise Lloris (30).

The game changed completely at game time, when Benzema jumped onto the pitch and the Bleus uncovered the jar of essences.

A combination between the Real Madrid striker and Mbappé, including a cue pass, ended Benzema’s shot into the net (66).

And 10 minutes later, the Paris SG star sentenced with a house-brand goal: a run down the left wing and shot from the peak into the area close to the post, out of reach of Lukas Hradecky (76).

That coincided, in addition, with the goals of Oleksandr Zinchenko (59) and Artem Dovbyk (79) in Bosnia and that gave Ukraine the possibility of playing the repechage, to the detriment of the Finns, who were already unable to react. AFP (HN)