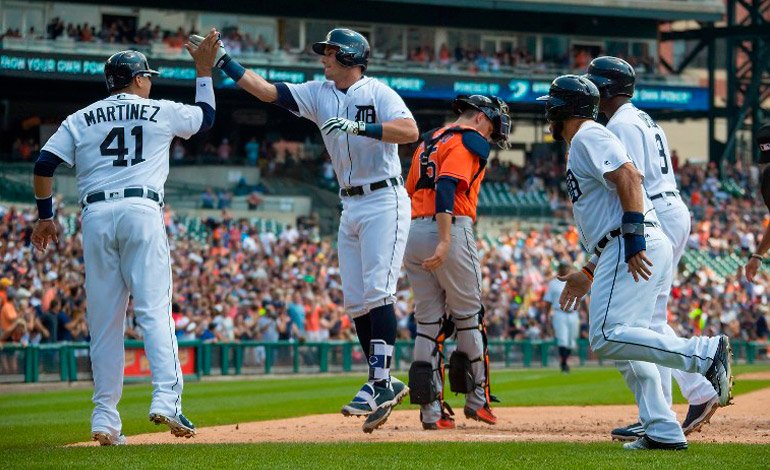 With a Grand Slam by catcher James McCann and two home runs by Venezuelan Miguel Cabrera, the Detroit Tigers crushed the Houston Astros this Sunday in the Major Leagues with an 11×0 shutout.

McCann hit his first career grand slam, Cabrera had 23 homers and the Tigers also had a homer from Justin Upton to complete a three-game sweep of the Texans.

The Tigers, who entered the day trailing behind the Boston Red Sox for the second AL wild card, have won six straight.

You can also read:  Indians remove their chalkboard sign from Cleveland stadium