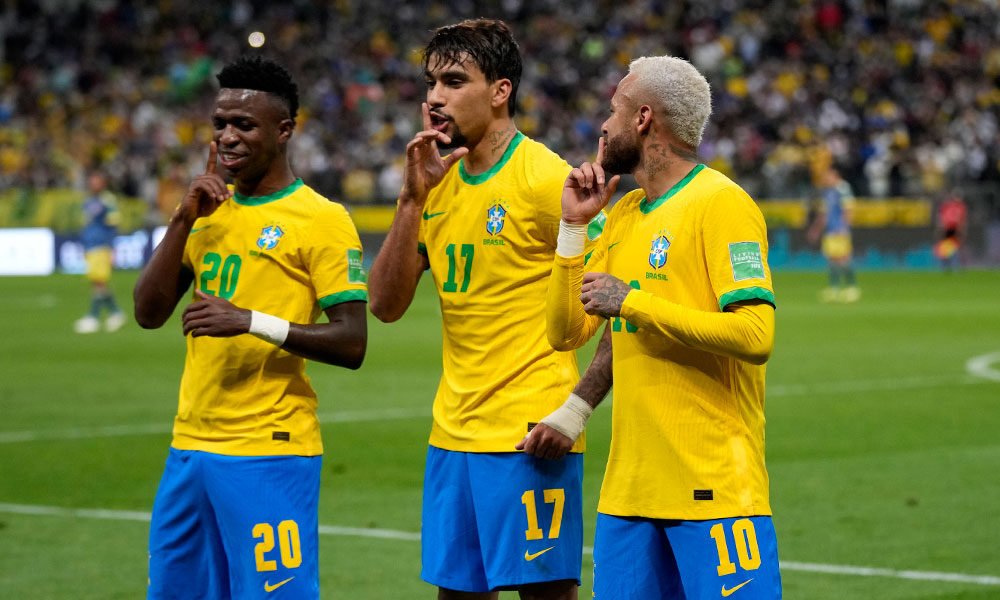 Brazil’s parade through South America had its prize with the advance pass to the Qatar-2022 World Cup, where the ‘Seleção’ of Tite and Neymar now focus their energies in the hope of winning their sixth world title.

A right hand from the left-handed Lucas Paquetá sealed the pass of the ‘Canarinha’ in the absence of five dates for the end of the South American tie. The 1-0 win over Colombia in Sao Paulo on Thursday crowned a remarkable superiority of the five-time champions.

Unbeaten leader of the tie with 34 points in twelve games (eleven wins, one draw), Brazil became the fourth team classified to Qatar after the hosts, Germany and Denmark, and expanded his legend as the only one to participate in all the World Cups .

Although he has not yet faced the Argentina of Lionel Messi, second in the table (25 units) and who beat him in the final of the Copa América-2021 in Maracana, the ‘scratch’ shows credentials to bury the European dominance in the last four worlds.

Ensuring our presence at the World Cup “is the fruit of the work that we have been building for a long time. Our main objective was to qualify Brazil for the Cup, thank God we succeeded », highlighted Paquetá.

You can also read:  The Memphis Depay contract does not have a unilateral extension clause

– Seek “excellence” –
With little brightness throughout the qualifier, but undeniable numbers (most scoring offense with 27 goals and less defeated fence with four goals conceded), everything indicates that Tite’s men will arrive in Qatar stomping to be excited about repeating the triumphs of 1958 , 1962, 1970, 1994 and 2002.

Without the pressure to qualify, the coach has warned that now he intends to make small adjustments to seek “excellence”, which he understands as a mixture of defensive solidity, creation of options, scoring and winning.

«That is what moves us. We have to get as close to that, “said Tite, 60, after the meeting in Sao Paulo.

Against the Colombians, the former Corinthians coach achieved his 50th victory in 67 games under the command of ‘Canarinha’, whose bench he assumed in June 2016.

You can also read:  Watkins and Tomori return with the England team

In addition, they tied twelve and lost five, although only two of them were in official games: 2-1 against Belgium in the quarterfinals of Russia-2018 and the final of the Copa América against the Albicelestes.

Early classification «gives the teacher the chance to prepare the team in a calmer way, take the opportunity to give everyone opportunities and train the team. Although it does not change how we prepare on a day-to-day basis, concentration. The next game will always be the most important, “said goalkeeper Alisson.

In the last games, especially those of October against Venezuela (3-1), Colombia (0-0) and Uruguay (4-1), Tite discovered new pieces that can oxygenate the team and, incidentally, reconcile it with a good part of the Brazilians, disenchanted with the football of the ‘Seleção’.

The wingers Antony and Raphinha showed their worth in the attack, where the partnership between Neymar and Paquetá looks more and more geared.

«They have an understanding for the bands and for the center. They feel pleasure playing together, “explained technical assistant Cléber Xavier about the ‘Ney’-Paquetá duo, who joined to score against Colombia.

You can also read:  The favorites fulfilled their role in the first leg playoffs of the Europa League

With a solid defense, the crack appears in the lack of a 9 goalscorer, a key figure in some World Cups won by Brazil with men like Romario or Ronaldo.

The scoring quota has fallen to Neymar, second scorer in the qualifier with seven goals, one less than the Bolivian Marcelo Martins, before the limited contributions of Roberto Firmino (3 goals), Richarlison (3) and Gabigol (2).

And the performance of the five-time champions against the powerful European teams is also unknown, given the impossibility of scheduling friendlies on the calendar of the teams from the Old Continent.

In South America they have subdued all their rivals, with the exception of Messi’s Argentina, responsible for three of Tite’s five defeats on the ‘Verdeamarelo’ bench.

After the suspension of the match in Sao Paulo in September, the eternal South American adversaries will meet again on Tuesday in San Juan. On Argentine soil, Brazil will be able to clear doubts. AFP (HN)