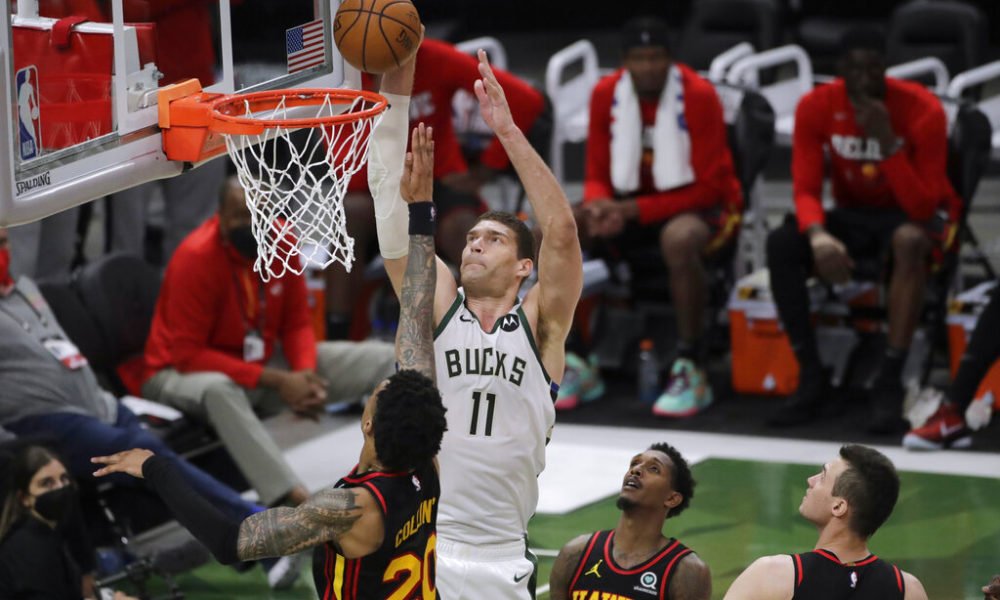 With the top stars of both teams injured, the Milwaukee Bucks beat the Atlanta Hawks 123-112 this Thursday and are just one win away from qualifying for their first NBA Finals since 1974.

The Bucks, without the Greek Giannis Antetokounmpo, dominated the game from the first minute against their fans at the Fiserv Forum with the help of an imposing Brook Lopez (33 points) and Khris Middleton (26) and thus placed themselves with an advantage of 3-2 in this Eastern Conference final.

Unlike his victory in Game 4 on Tuesday, only Bogdan Bogdanovic (25 points and 7 triples) stood out for the Hawks in the absence of Trae Young, whom they hope to recover for the life or death game to be played on Saturday in Atlanta. .

The Bucks, who have also not confirmed how long Antetokounmpo’s dismissal will last, will have the first of two opportunities to seal the classification to their third NBA Finals, where the Phoenix Suns are already waiting.

You can also read:  Grizzlies to retire Marc Gasol's jersey

The Bucks took off like a rocket, quickly taking a distance of 20 points (30-10) on the scoreboard.

“They were more physical at first, they hit us in the mouth and we didn’t recover. They were the most aggressive team from start to finish, ”Atlanta coach Nate McMillan said.

«In this series the team that has been the most aggressive has won. We have done it before so we know what to do, “he said. “Saturday is win or die”

Milwaukee collapsed in the previous game as Antetokounmpo, its absolute leader, left the track after suffering a terrifying knee injury that, although not as serious as feared, keeps his return in this series in serious doubt.

This Thursday, the other capital players of the Bucks did respond to the challenge, starting with centers Brook Lopez and Bobby Portis, the Greek’s replacement in the starting five.

You can also read:  James regains his status as 'King' in the second All-Star vote

Both went over the top in the paint of the Hawks centers John Collins (19 points on 7/16 from field goals) and Clint Capela (6 points), who only played 21 minutes with an eye inflammation due to an elbow received in the fourth game.

“In the last two games we started a bit slow. Tonight we did our best to dominate from the beginning, “said Lopez.

Complementary player in these Bucks, Lopez was once again the star center of his beginnings in the NBA with a spectacular count of 33 points (his record in the playoffs) in 14/18 in shots, 7 rebounds, 2 steals and 4 blocks.

– Bring is doubt for sixth game –

Guard Jrue Holiday, Milwaukee’s defensive forward, assumed more responsibilities in the direction of the game in the absence of Antetokounmpo and finished with 25 points and 13 assists.

The Greek power forward vibrated on the bench with the game of his teammates, especially with the usually substitute Portis, who set the tone of intensity so that the Hawks could not lift their heads.

You can also read:  Kareem Abdul Jabbar has been the best, when he retires it will be Lebron: Thomas

«He is a great companion. He always wants to contribute to the team and today he took a big step forward, ”coach Mike Budenholzer said of Portis, who also surpassed his best scoring mark in the playoffs.

With a triple by Bogdanovic after the break, the Hawks moved six points away (65-59) but could not get any closer throughout the second half, orphans of the player who has driven them in these playoffs, Trae Young.

The point guard, who averages 32.7 points and 6 assists in this series, was booked this Thursday to continue the treatment of the contusion on his right foot suffered in the third game.

“Today he felt better but not enough to play, I think it will be a last minute decision on Saturday,” advanced McMillan. (AFP)