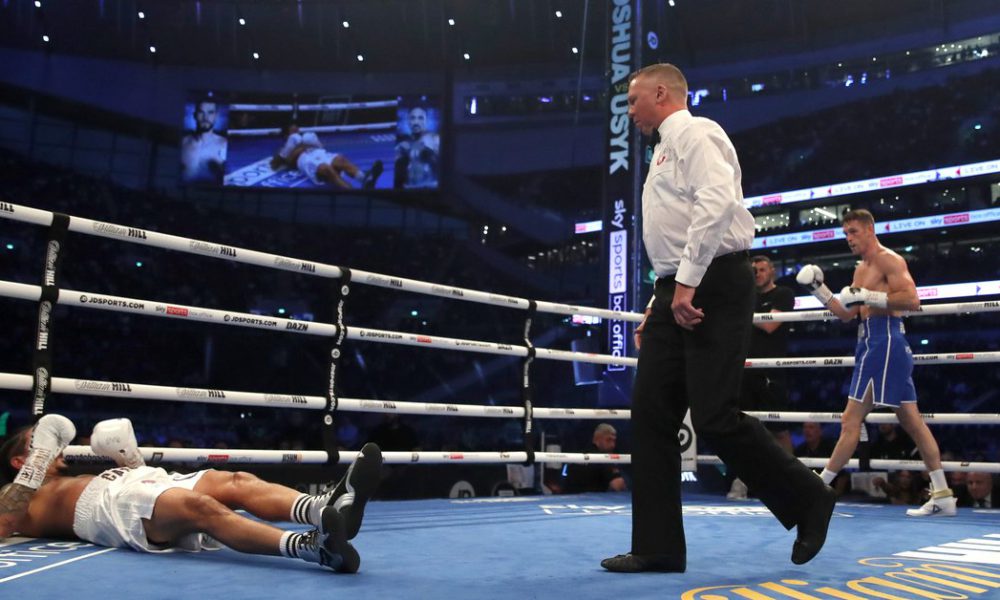 Eyes at Tottenham Hotspur Stadium were focused on what was to happen in the main event between home credit heavyweights Anthony Joshua and fearsome Ukrainian fighter Oleksandr Usyk, but what happened in the preliminary bouts stole all the attention. . Callum Smith knocked out Lenin Castillo in the second round and the disturbing images went around the world.

The British fighter, who reappeared after the defeat against Mexican Saúl Canelo Álvarez in December 2020, connected a powerful right-hand direct on the left parietal of the Dominican boxer. What happened next shocked everyone: the 33-year-old Latino was left shaking on the canvas and had to be treated urgently by the judge himself, at the same time that he demanded the entry of the doctors.

You can also read:  Rakhimov says boxing will not be excluded from the Games

The English media The Sun reported that Castillo had to be assisted with oxygen at the scene and was quickly removed from the scene on a stretcher. “A brutal and horrible knockout. Castillo responds and is on his way to the hospital ”, he limited himself to commenting on the health of the athlete Eddie Hearn, the promoter of the evening, through his social networks. So far, no further details of Castillo’s current state of health have been released, although the BBC network assured that the fighter was “conscious” when entering the ambulance heading to the hospital.

Former boxer Matthew Macklin was commenting on the event for Sky Sports and admitted that “he had never seen anything like this before,” according to the English outlet The Sun.

You can also read:  Man lost by ko to Italian Fiordigiglio

Born in the Dominican Republic, Castillo reached this presentation with 21 wins (16 by KO), 3 losses and 1 draw. The detail is that he had never lost on the fast track in his entire professional career that began at the end of 2010. In October 2019 he had his opportunity for the world light heavyweight title of the World Boxing Association (WBA), but was defeated in United States by Russian Dmitry Bivol. In 2008, before his start as a rented athlete, he fought in the welterweight category of the Beijing Olympics but did not pass the first phase when he lost to the Ukrainian Olexandr Stretskyy.

Smith reappeared as one of the stars of the preliminary bouts of the long-awaited presentation of Joshua, who at the end of last year beat Kubrat Pulev by KO and was close to organizing a long-awaited fight against Tyson Fury that finally could not be carried out because his British compatriot was forced to fight Deontay Wilder for the third time.

Callum, 31, had a neat record until a year ago he crossed paths with Canelo Álvarez, who surpassed him by unanimous decision and took the world titles in the super middle category of the WBA and the World Boxing Council (WBC) . Nine months after that event, and with a record of 27 wins (19KO) and 1 loss, he reappeared in Tottenham to make his 175-pound debut for light heavyweights with a win. (Infobae)