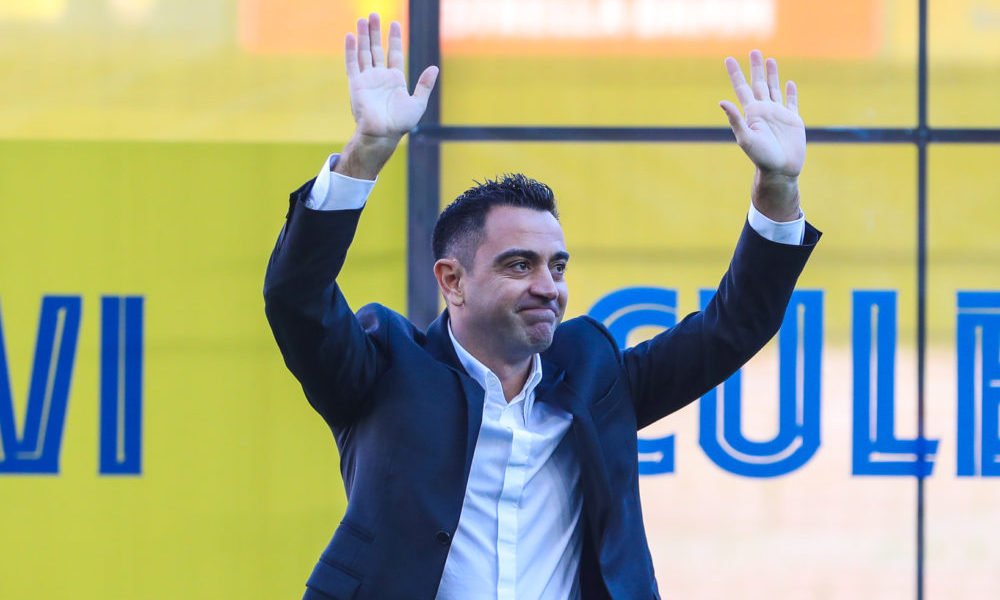 Xavi Hernández was introduced as Barcelona’s new coach, this Monday at the Camp Nou in front of some 10,000 fans excited that the return to the club of the Barça legend will serve to revive the team.

The former midfielder jumped onto the pitch he knows so well, shouting “Xavi, Xavi!”, Before signing his contract with his family and Barcelona president Joan Laporta.

«Thank you very much, I do not want to get excited but I am very excited. As I told you when I left here, we are the best team in the world and Barça needs demands, you cannot draw or lose, here you have to win, “Xavi told the fans.

You can also read:  Ghana and DR Congo enter the third phase

“Today is a historic day for Barça,” added Laporta.

Barcelona received Xavi in ​​a big way, with a presentation on the Camp Nou pitch -the first coach in history-, a reception usually reserved for big signings.

Xavi was announced as Barça’s new coach at dawn from Friday to Saturday (Spanish time), after three days of negotiations with Qatari Al Sadd.

According to the press, the 5 million euros (5.79 million dollars) of the release clause of the former midfielder will be paid equally between Barça and Xavi, who will finance his part with promotional events for the 2022 World Cup in Qatar. The 41-year-old coach returns six years after leaving the team after winning the Champions League in 2015.

You can also read:  Roberto Martínez denies "contacts" with Barca

Immersed in a serious economic crisis, Barcelona is ninth in the League. The poor results led the management to terminate the contract of the former manager, Ronald Koeman.

Xavi will lead his first training session on Tuesday, with a squad plagued by injuries and no internationals, traveling with his national teams.

A key player in the World Cup won in 2010 by Spain, Xavi played 767 games for Barcelona, ​​winning four Champions League and eight Leagues, among many other trophies.(AFP)

RECEIVING IN A BIG

Welcome back to your house, Xavi pic.twitter.com/qEJqwrNL4B

YOUR SIGNATURE EXPECTED IN CATALONIA

THE ETERNAL SIGNATURE AS CATALAN

🗣 Xavi: “You have to be demanding. We are Barça” pic.twitter.com/8lUpX2x3cK