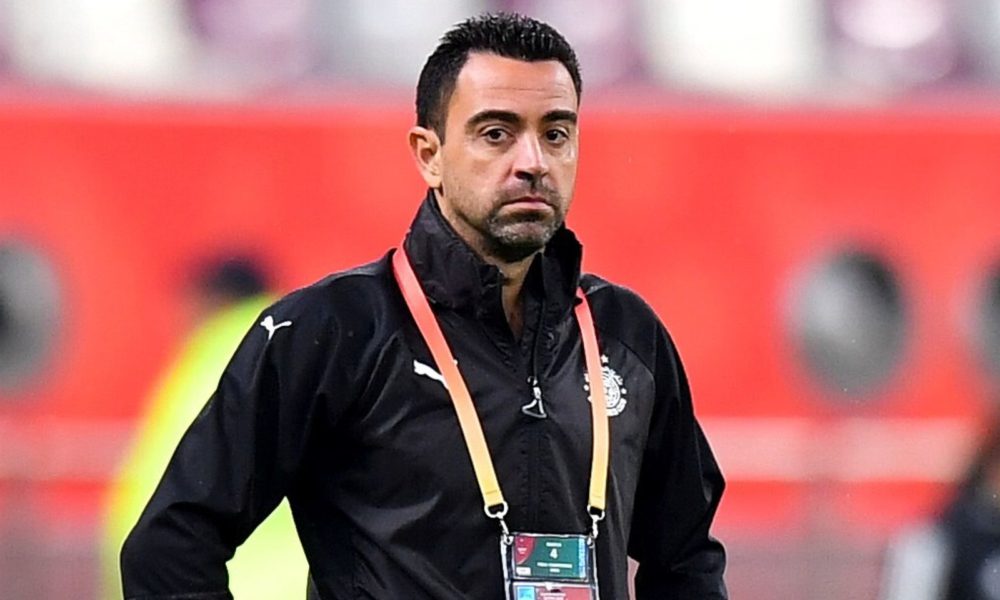 The wait is over. After reaching an agreement for his departure from Al Sadd, Qatar, Barcelona made official the hiring of Xavi Hernández as the club’s new coach where he left a historical mark in his time as a footballer: he won 25 titles and finished as the second player more appearances with 767 games, only surpassed by Lionel Messi.

Through the social networks of the Catalan institution, a video was broadcast with a message from the former midfielder for all the Barcelona fans. “It wasn’t goodbye, it was see you soon. The Camp Nou has always been my home. They are my hobby, my people, the club I love the most. And now, I’m going home ”, says Xavi in ​​a voice-over during the first seconds of some images that mark what was his farewell as a team player.

At the same time, the club chaired by Joan Laporta published a statement announcing the hiring of the legend until the end of the 2023-2024 season. “FC Barcelona has reached an agreement with Xavi Hernández to become the coach of the first team for the remainder of this season and two more.

You can also read:  Italy opens the European Championship of its redemption

Xavi Hernández, trained in the Barça quarry, has left Al Sadd of Qatar after talks held in recent days between the coach, Barça and the Asian club, “said the first part of the report.

It should be noted that the club indicated that the former midfielder, a fundamental part of Pep Guardiola’s historical cycle along with other stars such as Andrés Iniesta and Lionel Messi himself, will be presented next Monday at the stadium.

“Xavi Hernández is scheduled to arrive in Barcelona this weekend and that on Monday, November 8, at noon, his presentation as a new coach of the FC Barcelona first team will be held at an event open to the public at the Camp Nou. After the event, Xavi Hernández will attend the media in an appearance in the Ricard Maxenchs press room ”, the statement concluded.

You can also read:  Messi and Argentina resume the race for the Qatar 2022 World Cup against Venezuela

In addition to highlighting the achievement of 25 titles in their history, the Blaugrana team also reviewed the career of the brand new coach. “He came to the Alevín A team of Barça youth football in the 1991/92 season, and he found his position on the pitch until he took up his place in the middle of the field, where he won his place of honor in the history of FC Barcelona.

Xavi was able to quickly assimilate the role of creative midfielder and true brain of the team thanks to his privileged mind and a great technical quality that countered the physical superiority of his rivals. With him on the field, control of the game was always assured, “said the institution.

Later, the report emphasized that he became a starter for the Dutchman Louis van Gaal and did not leave the first team. Now, it will be the turn to return and direct former teammates of the stature of Piqué, Busquets and Jordi Alba.

You can also read:  The United States meets Haiti, in a match of old acquaintances

“Since his promotion to the first team in the summer of 1998 at the hands of coach Louis van Gaal, Xavi started in midfield no less than seventeen seasons. His performance, always formidable, took a qualitative leap with the arrival of Frank Rijkaard to the Barcelona bench (2003) and reached excellence with Pep Guardiola from the 2008/09 season.

In his last Blaugrana campaign, after the retirement of Carles Puyol, he became captain of Barça. Now he returns to the team of his heart, this time not as a player but as a coach, where he will direct some of the players with whom he shared a dressing room in his time as a footballer, such as the four captains Sergio Busquets, Gerard Piqué, Sergi Roberto and Jordi Alba, as well as Ter Stegen ”. (Infobae)