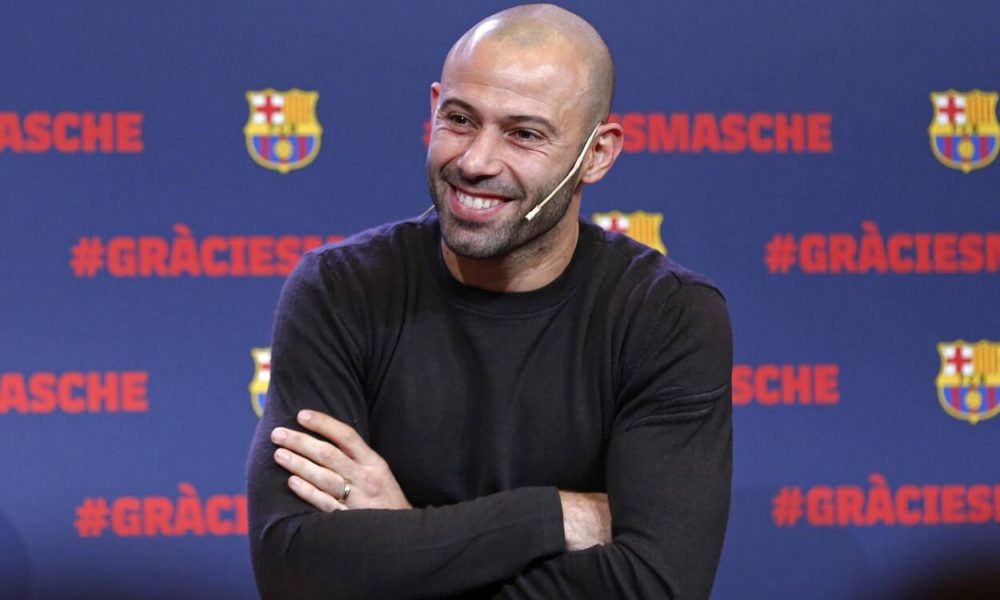 They are convulsed days that Barcelona lives. It is that after the dismissal of Ronald Koeman due to the bad present of the first team, Joan Laporta activated the return plan of one of the greatest idols in the history of the club. Xavi Hernández, who knew how to win 23 titles in his time as a player, returned to the Blaugrana institution to be the new coach after his time at Al Sadd, from Qatar.

Although the negotiations with the Qataris were delayed, the historic Barça No. 6 was able to free himself from his contract and is already planning how he will face the objective of being a protagonist in the Spanish league again – running ninth to 11 points behind the leader, Real Sociedad- and trying to qualify for the knockout stages of the Champions League. But beyond his present, Xavi also thought about the future of the club where he took his first steps as a coach.

You can also read:  Mbappé still does not give clues about his future

As revealed by the newspaper AS, from Spain, before saying goodbye, the former Catalan player recommended to the Al Sadd duels the person he believed indicated to replace him. During the talks that Xavi had with the sheikh and maximum representative of the Mohammed bin Al Thani team in his palace, the current Barcelona coach chose Javier Mascherano as the candidate to take the reins of the Qatari team.

The media indicated that the footballer who knew how to be world champion with Spain at the 2010 World Cup in South Africa highlighted “strong character and professionalism as his best virtues.” In addition, in the report they also stressed that Xavi pointed to the Jefecito for his extensive knowledge of international football and a vision of the game very similar to that of the outgoing DT.

In the Madrid sports newspaper they indicated that the sheikh would not have been completely convinced by Xavi’s recommendation in relation to Mascherano. But beyond the future election of the new coach, the scenario in Qatar’s top soccer league marks that the competition will be stopped for more than a month, as the region’s teams will play the Saudi Cup.

It should be remembered that currently, Mascherano serves as the head of the Department of Methodology and Development of the Argentine Football Association. The former Argentine team midfielder has a contract until the end of this year and then he will have to decide whether he will continue in that position or begin his career as a coach.

At the beginning of August, when Juan Antonio Pizzi stopped being the manager of Racing Club, the name of the Jefecito emerged as one of the possible replacements. Moreover, even the president of the Academy, Víctor Blanco, spoke on the subject. “I have known Mascherano for a long time. I was lucky to meet him when it was the America’s Cup in the United States and where we also traveled together. The meeting was a coincidence, which was just the presentation of the women’s football tournament, “said the boss of Racing for a meeting between the two at the premises that the AFA has in Ezeiza.

You can also read:  Maradona's doctor rejects accusations for his death

“Right there he touched the chair next to me and I asked him how he looked, because he is with a contract with AFA, how he would see himself in the future, if he was interested in directing and he said yes, that in a not too distant time he would like start directing. No more than that and then we talk about general issues, “he added. (Infobae)