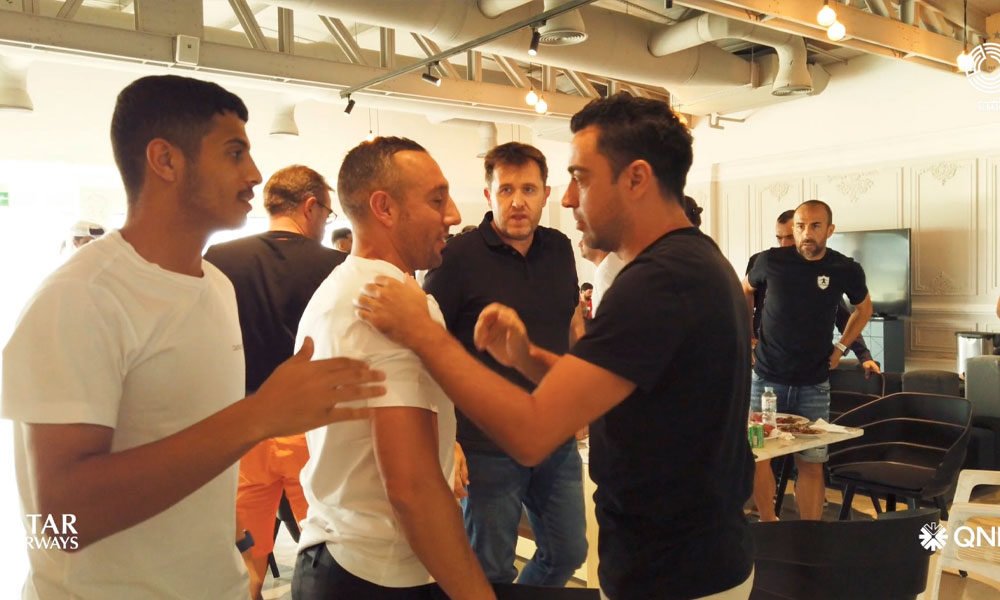 Xavi Hernández, who will become Barcelona’s new coach, has said goodbye to the Al-Sadd squad, as evidenced by the photographs published by the Qatari club on its official social media account.

Al-Sadd organized an emotional meeting in which the Terrassa coach and his coaching staff were able to say goodbye one by one of their players, including the Spanish Santi Cazorla, considered the best player in the Qatari Super League last season, and members of the directive.

In the photographs Xavi is also seen signing the Qatari team shirt and saying goodbye just before getting into his car.

Although Barcelona has not yet officially declared his signing, the Asian club has closed the departure of the Spanish coach and the return to the Barça club also in a statement issued this Friday morning.

You can also read:  Hazard: "Being injured is not the end of the world"

The executive director of the Asian club, Turki Al-Ali, confirmed the agreement for Xavi’s departure “after paying the penalty clause stipulated in the contract.”

«Xavi informed us in the last days of his desire to go to Barcelona at this time, in particular due to the critical stage his club in the city is going through. We understand and decide not to get in your way. Xavi and his family will be welcomed in Doha and the relationship will continue, “the Al-Sadd official added in the statement.

In this way, Xavi Hernández will become the new manager of the Barça team after more than five years at the Qatari club, first as a player and since 2018 as a coach.

You can also read:  April marked the Conmebol time trial for America's Cup and vaccination

Al-Sadd, who assures that they have reached a cooperation agreement with Barcelona for the future, assures that Xavi is the “history” of the club. In fact, he won four titles, two in the League, in his last stage as an active footballer, and as a coach he has managed to ensure that the team has dominated Qatari football, with another seven crowns but above all with absolute dominance.

Xavi, who leaves Al-Sadd at the top of the Qatari Super League table with three points ahead of Al-Duhail (with whom they tied at three in their last match on Wednesday), will occupy the Barcelona bench after the start of the Dutch Ronald Koeman and that in these last games he has been in charge of Sergi Barjuán on an interim basis.

You can also read:  Presented the «Conference League» trophy

In the absence of the official announcement from Barcelona, ​​the 41-year-old former player from Terrassa returns to the Barcelona club six and a half years after announcing his departure. The club is in a more than delicate economic situation and the team is also going through a difficult time, ninth in the LaLiga Santander standings, second in the Champions League, but above all in need of rediscovering its style. EFE (HN)