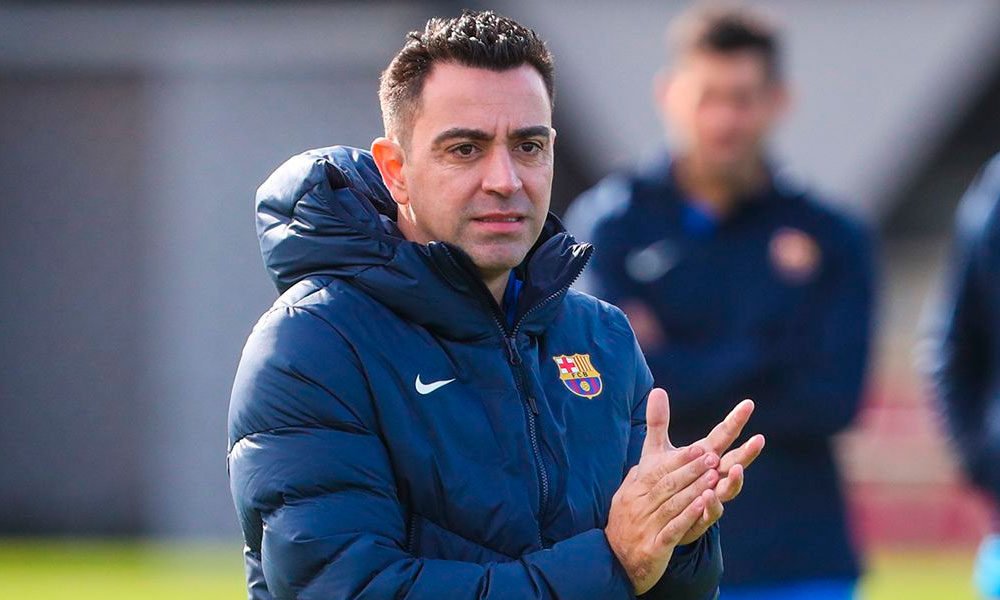 Barcelona coach Xavi Hernández said that for the Barça team “it’s a rematch” this Wednesday’s Champions League match at the Camp Nou against Benfica after losing 3-0 at the Da Luz Stadium.

«I see it as a challenge. Why think of a negative scenario when you can think of a positive scenario. Barça is not in a moment to show chest, but we have to be positive and courageous and go on the attack. If we win we are in the round of 16 “, Xavi added about a heads-or-tails match for the Barça team to go to the next round.

Regarding Benfica, he pointed out: “They have a very physical team, especially in front, they are rivals who can put you in your area and their coach (Jorge Jesús) is very experienced and transmits a lot of character, he is a team with soul.”

You can also read:  Joan Laporta visited dressing room after debacle in Benfica

One of the problems that Xavi will find is that at the moment he only has at his disposal three forwards, Memphis Depay, Luuk de Jong and Yusuf Demir. «We will see how Dest, Ousmane (Dembélé) and Sergi Roberto are, they come with discomfort and are just recovering. We will see the training sessions this afternoon and tomorrow and we will decide, “he explained about possible solutions in attack.

In addition, he said that “in principle” there will be no problems for Sergio Busquets, Nico González and Óscar Mingueza, who withdrew with discomfort against Espanyol, can enter the call. “They are fine and will arrive, there must be no problem,” he said.

You can also read:  Panama beats Jamaica in Concacaf octagonal

He was also very satisfied with the response from the fans in his first game on the Barça bench: “I have never seen the atmosphere that I saw at the Camp Nou in my life. The fans were spectacular, brilliant, I want to thank you. We are very proud of the fans, on Saturday I was amazed, we have to thank them. There has to be an atmosphere of goosebumps. ‘

Once the match against Espanyol had been repeated, Xavi was even happier with his team’s performance than on Saturday after the match. “We were very good until minute 82. There we lost control of the game and Espanyol was better than us for 10 minutes. I think we were better and we deserved to win by more goals, “he said.

You can also read:  "I had the hope that Messi played for free", says the president of Barça

This Monday the Golden Boy 2021 (to the best European football player under 21 years old) was awarded to Barcelona footballer Pedro González ‘Pedri’, for whom Xavi was very happy: “I’m very happy for him, he deserves it. The performance he has given with 17 and 18 years is extraordinary both at Barça and in the national team.

Xavi admitted that Pedri “is going through a difficult time due to the injury, he has had a small complication.”

The idea of ​​the club, he said, “is to try to get him back as soon as possible because he is a key player, although the important thing after this second relapse is that he recovers one hundred percent and does not relapse again.” EFE