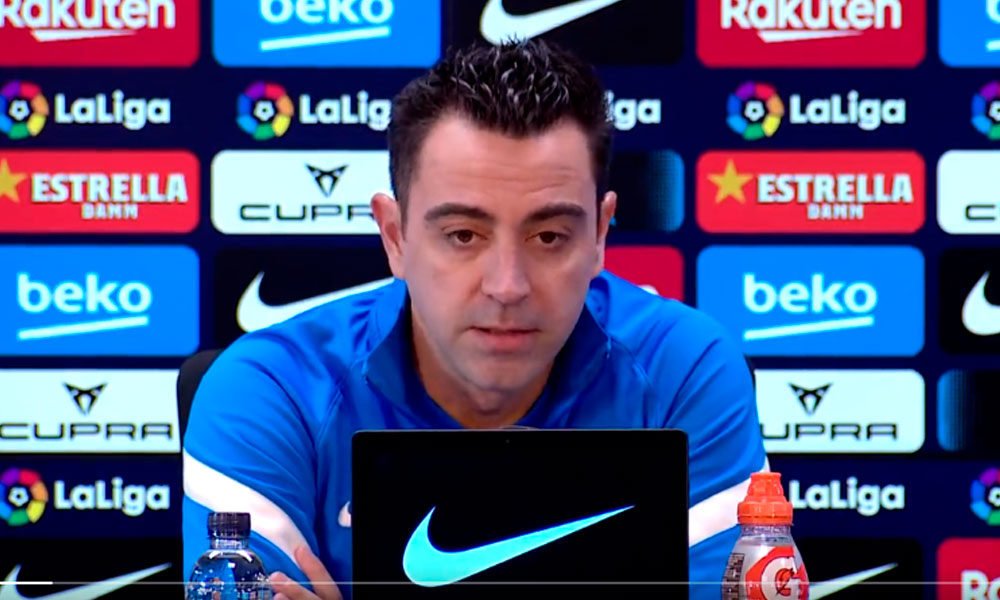 The new Barcelona coach, Xavi Hernández, considered that “with results” he has to “return the illusion that has been generated” with his signing before making his debut on the Barça bench in the league derby against Espanyol, which will be played this Saturday at 20.00 GMT at the Camp Nou.

“We played a derby and we cannot fail. Winning a derby always comes out stronger. We will try to play well, have possession, not speculate, press high and play in the opposite field, so we think it is easier to win. We are ninth and we have urgencies in qualifying, “explained the coach at the press conference held this Friday at the Ciutat Esportiva Joan Gamper.

Since his arrival he was only able to count on all the available first team players this Thursday due to the national team stoppage and he will also be able to do so from 17.00, when he will live the second training session with them. Anyway, Xavi said that with the footballers he has had at his disposal, he has tried to “implement the idea of ​​the game and analyze Espanyol’s game.”

You can also read:  Barcelona announces the signing of Emre Demir, the great 17-year-old Turkish jewel

In his first game Xavi will have important casualties, those of Dembélé, Pedri, Sergio Agüero, Martin Braithwaite and Ansu Fati. This will force him to improvise an eleven, which could count on the presence of players from the attacking branch like Ez Abde.

But for the moment he did not want to reveal his eleven: «I have not decided. I really appreciate how the players are in training, my feelings are also good with the youngsters, not only with those who were already in the first team. They are prepared and there may be some surprises, we will decide after training this afternoon ».

You can also read:  Juventus self-destructs against Napoli and continues without winning

Asked how he faces his debut, Xavi admitted that he is “less nervous than when he was a footballer.” «In the end it is to transmit the idea to the footballers and that they can carry it out. I am very calm and confident, the feelings are good. The pressure now has to be for me and for my coaching staff, not for the young players “, he considered.

Since his arrival, a new coexistence regulation has been implemented, which has meant that the media has focused on players like Gerard Piqué, with a lot of activity off the pitch. But Xavi has fled the controversy: «I also have a lot of life off the pitch. In the end, it is a matter of fundamental coexistence regulations, it is more a matter of order than of discipline.

You can also read:  PSG confirms that Messi and Neymar will not play against Clermont

Regarding the return of Dani Alves, Xavi admitted that when President Joan Laporta commented on the possibility he gave him “a return.” But he is sure that “Dani is going to add to everything” because “he has a winning and positive character, he has a soul and he has undergone a medical examination being well in everything, it is a pity that he cannot debut until January”.

One of the players considered to lose prominence to Xavi is Philippe Coutinho. But the Egarense coach has made it clear that he wants to have him. «He has to find himself again. It depends on him, we have to recover it emotionally, the talent has it. He is a footballer that if everything goes well he will have minutes ”, he assured. EFE