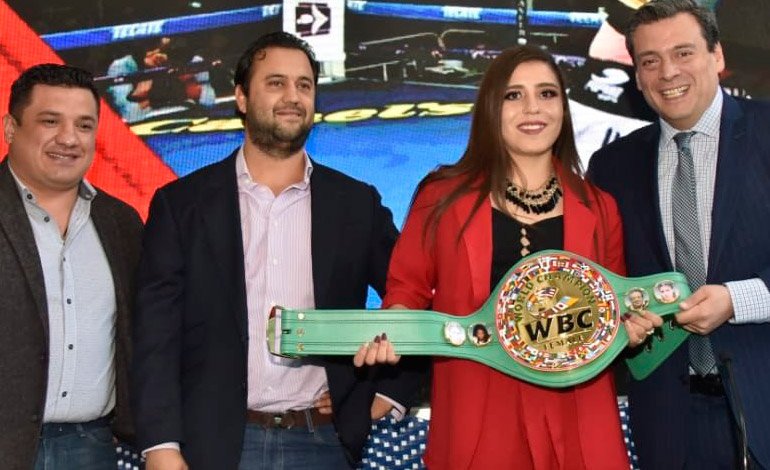 Mexican Yamileth Mercado, super bantamweight champion of the World Boxing Council, said Tuesday that she is ready to expose her belt to any rival and considered a possible fight with her compatriot Mariana Juárez an honor.

«Being a world champion is a commitment and I will fight with whoever is necessary; I respect Juárez, one of the pioneers of Mexican boxing: when she played historic fights in 1998, I was being born, “he said.

Mercado, 21, defeated Kenyan Fatuma Zarika in November and took the belt of her division, which was presented to her on Tuesday by the president of the World Boxing Council (WBC), Mauricio Sulaiman.

You can also read:  Domadores de Cuba hosts Guerreros de México at the top of the WSB

“My job is to get into the ring and defend. I await indications from my managers and the CMB. When they say we will be ready, “he added.

At a press conference in Mexico City, Mercado coincided with the 39-year-old boxer, Mariana Juárez, who has challenged her for the scepter and warned the monarch that it is nothing personal, only that she wants her belt.

«While one is a world champion, anyone is going to want to blow your mind. I want the super bantamweight belt, regardless of who it is, “said Juárez.

The tension between the two fighters was alleviated when face to face with Sulaimán present they spoke softly, Mercado reiterated his respect for his long career and Juárez gave him a signed calendar that he publishes each year.

You can also read:  VIDEO AND PHOTO GALLERY: Paige VanZant, as beautiful as she is deadly

Sulaimán pointed out that Mercado has a promising future and praised the perseverance of ‘Barbie’ Juárez, who has 54 wins, 18 by knockouts, with nine losses and four draws

Yamileth explained to the media that she did not have opportunities as an Olympic boxer and that is why she made her professional debut at age 15.

The delivery of the belt to the super bantamweight world champion was the culminating moment of the meeting with the media, in which Sulaiman reviewed the 2020 season that he considered one of the best for the World Boxing Council. EFE