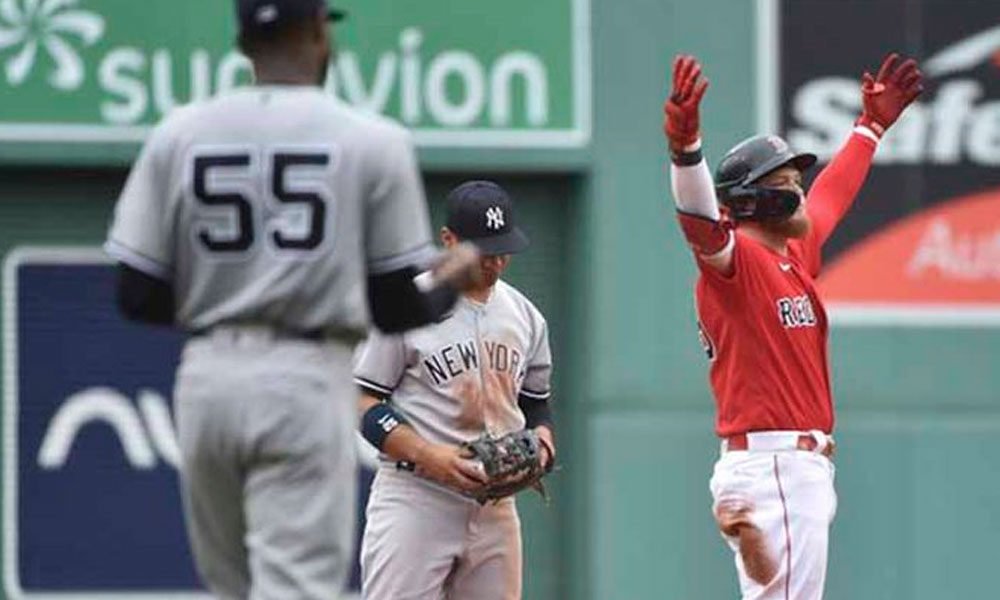 With an interesting pitching duel between Gerrit Cole and Nathan Eovaldi, they will open the playoffs in the Major Leagues on Tuesday with an attractive and exciting wild card confrontation between the archrivals New York Yankees and the Boston Red Sox.

Cole (16-8), for the Yankees and a serious contender for the Cy Young pitching award in the American League, and Eovaldi (11-9), for the Red-legged, will be responsible for opening the game, in which one of the two will be eliminated.

The winner of the match will face this Thursday in the first round the Tampa Bay Rays, winners of the East Division of the ‘Young Circuit’.

In the National League, the elimination game to define the wild card will be this Wednesday between the St. Louis Cardinals and the defending champions Los Angeles Dodgers.

The Yankees and Red Sox were without anything definite until late Sunday as the Toronto Blue Jays and the Seattle Mariners also had chances, if the first two lost their respective games to the Rays and the Washington Nationals.

The Mariners were eliminated by the Angels and the Blue Jays, despite winning their Sunday game against the Orioles, they were not enough to continue fighting for the ticket.

The other meetings of the Divisional Series will be between the Houston Astros and the Chicago White Sox, winners of the West and Central Divisions, respectively, while in the National it will be the Giants (West) against the winner of the wild card between Cardinals and Dodgers, and Milwaukee Brewers vs. Atlanta Braves.

You can also read:  Panama baseball team comes to Honduras for a place in the World Cup

– Latinos closed to the top –

The 162-game regular season ended Sunday with other outstanding performances by Latin American players, who will continue to make headlines in these playoffs.

The Cuban Yuli Gurriel (Astros) finished as the leading hitter in the AL with a .319 average, while the Dominicans Vladimir Guerrero Jr. (Blue Jays) and Fernando Tatis Jr. (Padres) were the leaders in the home run section with 48 and 42, respectively. For his part, the Venezuelan Salvador Pérez (Royals) was tied with the slugger of the Canadian team.

Pérez was also the leader in RBIs in both leagues with 121 RBIs, while Cuban José Abreu (White Sox) was second with 117.

You can also read:  Six teams that need a title

Mexican pitcher Julio Urías of the Dodgers was the winningest pitcher with a whopping 20 wins.

Meanwhile, Cuban closers Raisel Iglesias (Angels) and Aroldis Chapman (Yankees) were second and third in that order with 34 and 30 saves in that order. AFP (HN)