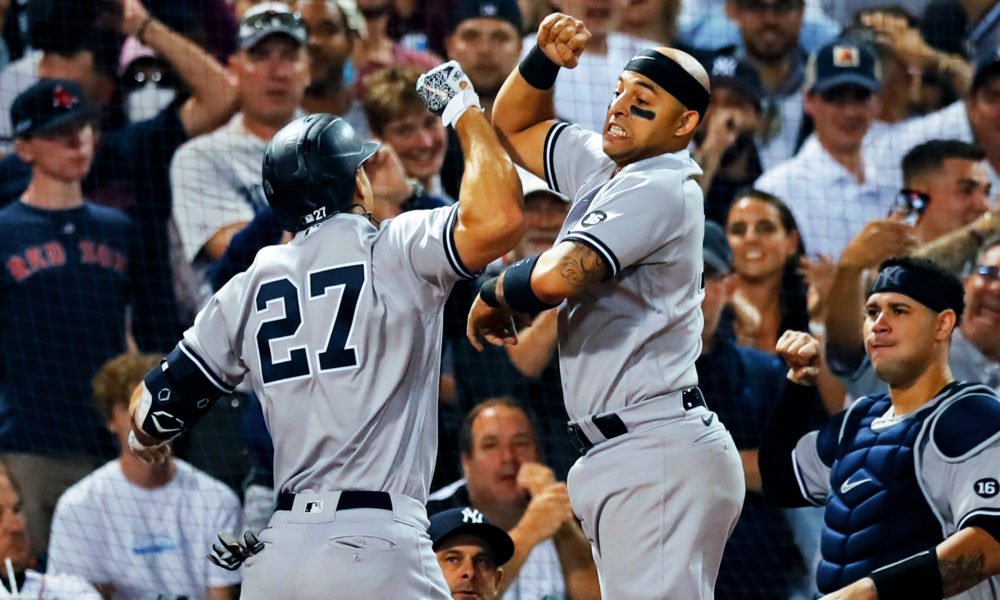 The New York Yankees and the St. Louis Cardinals are not giving up their efforts to advance to the Major League Baseball postseason after their resounding victories this Saturday.

Slugger Giancarlo Stanton hit a Grand Slam lead over the Green Monster in the eighth inning and the New York Yankees beat the Boston Red Sox 5 × 3 to tie the Red-legged for first in the wild card race. of the American League.

The Yankees, who started the day with a two-game lead over the Toronto Blue Jays and the Seattle Mariners for the second wild card, now have a chance to get ahead of their rivals in Sunday night’s series finale at Fenway. Park.

Stanton hit the bases loaded reliever Darwinzon Hernandez with two outs to give the Yankees a 5 × 2 lead at the time.

You can also read:  Dodgers beat Braves to force Game 7

The slugger also had three hits and a three-run homer on Friday night to help New York win the series opener.

Luis Severino (1-0) pitched two scoreless innings for the victory. Cuban closer Aroldis Chapman allowed Bobby Dalbec’s solo home run in the ninth and hit Kevin Plawecki with a pitch, but held on for his 29th save.

Cuban starter Nestor Cortés’s day ended after four 1/3 innings. The southpaw allowed two runs and four hits and struck out four. He hasn’t won since Aug. 28, in a span of six starts.

You can also read:  Yankees make official hiring of Troy Tulowitzki for one year

The Red Sox took an early 2-0 lead before Pivetta was pulled in the sixth after he gave up a single to Colombian Gio Urshela and a double by veteran Brett. Gardner.

– Cardinals with record –
In Chicago, the Cardinals set the team record with 15th consecutive victories by beating the Cubs 8 × 5.

Harrison Bader and the St. Louis Cardinals clearly recognize that their record is impressive. Now they want to win their next game too, and many more after that too.

The Cardinals set a franchise record with their 15th straight win, boosted when Puerto Rican catcher Yadier Molina and center fielder Bader helped deliver a double play Saturday in a win over the Cubs.

You can also read:  Theft is dismissed as a motive for the attack against former Dominican baseball player David Ortiz

“It’s hard to do something in this organization that has never been done,” manager Mike Shildt said.

The Cardinals date their history to 1892, when they became known as the Browns and joined the National League. They were later called Perfects before becoming Cardinals in the early 20th century.

Bader, Tyler O’Neill and Paul DeJong hit home runs as these Cardinals broke the team’s record of 14 wins in a row set in 1935, a year after Dizzy Dean and Gas House won the World Series.

Bader went 4-4 and scored three times as the Cardinals held their comfortable NL second-place wild-card lead, five games ahead of the Philadelphia Phillies.(AFP)