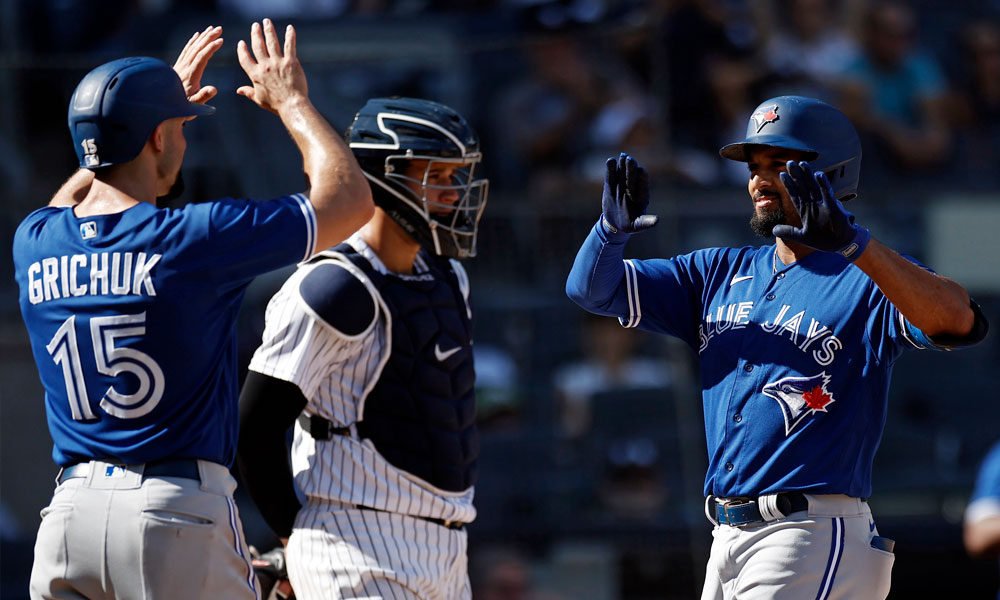 With a month to go into the Major League regular season, the New York Yankees lost again with an 8-0 shutout against the Toronto Blue Jays, which featured home runs by Dominicans Vladimir Guerrero and Teoscar Hernandez as well as two by Marcus Semien .

Guerrero dispatched his 40th homer of the season and Semien did it twice as the Canadian ninth scored his fifth straight victory.

Toronto also improved to 5-2 in the Bronx this year. Guerrero hit his 40th home run on starter Jameson Taillon’s 13th pitch over a curveball.

The slugger and his Hall of Famer father of the same name joined Cecil and Prince Fielder as the second father-son duo to hit 40 home runs in a single season.

Guerrero finished with three hits, extending his hitting streak to 14 games, the most of his career. Guerrero Sr. hit 449 home runs in his 16-year career. His personal best was 44 for the then Montreal Expos (now Washington Nationals).

You can also read:  MLB looks to expand playoffs to 14 teams

What he has done is not easy to do. This guy is going to be one of the best players in baseball. In fact, he already is and it’s been fun to see someone so young be as good at bat as his father, “Montoyo said.

Guerrero Jr., 22, also became the youngest player in Toronto history to hit 40 home runs, well ahead of Jesse Barfield, compatriot Tony Batista and Shawn Green, who were 26 when they hit 40 home runs for the first time. time.

Semien hit a single home run in the first and his fifth career Grand Slam in the ninth. He has five home runs in his last five games and a career-high 37 on the year.

You can also read:  Yankees win and secure home for wild card game

For his part, Teoscar Hernández also went deep in the ninth for the Blue Jays.

Ryu (13-8) limited the Yankees to three singles after losing both of his previous starts. He struck out six, including Joey Gallo three times, and did not walk.

The Yankees started the day with a half-game lead over the Boston Red Sox for the first AL wild card.

– Phillies bounce back –
In Milwaukee, the Philadelphia Phillies bounced back from their weekend series loss to the Miami Marlins and crushed the Brewers 12-0.

Slugger star Bryce Harper hit an early home run, Brad Miller did it twice and Jean Segura added a Grand Slam, leading starter Zack Wheeler and the Phillies to a beating of the Brewers.

Andrew McCutchen and Freddy Galvis also hit home runs for Philadelphia to win for the eighth time in the last 10 games and stay in pursuit of a playoff spot.

You can also read:  Yankees willing to pay luxury tax to sign star in 2021

The Phillies have beaten the Brewers, the NL Central leaders, five times in a row this year.

Harper gave the Phillies a quick lead with his 28th home run, a two-run hit in the same first inning.

Galvis connected in the second and Miller one to open the fourth.

Philadelphia opened the eighth inning of seven runs with a four-corner hit by McCutchen, his 24th homer. In that act Segura also dispatched his Grand Slam. AFP (HN)