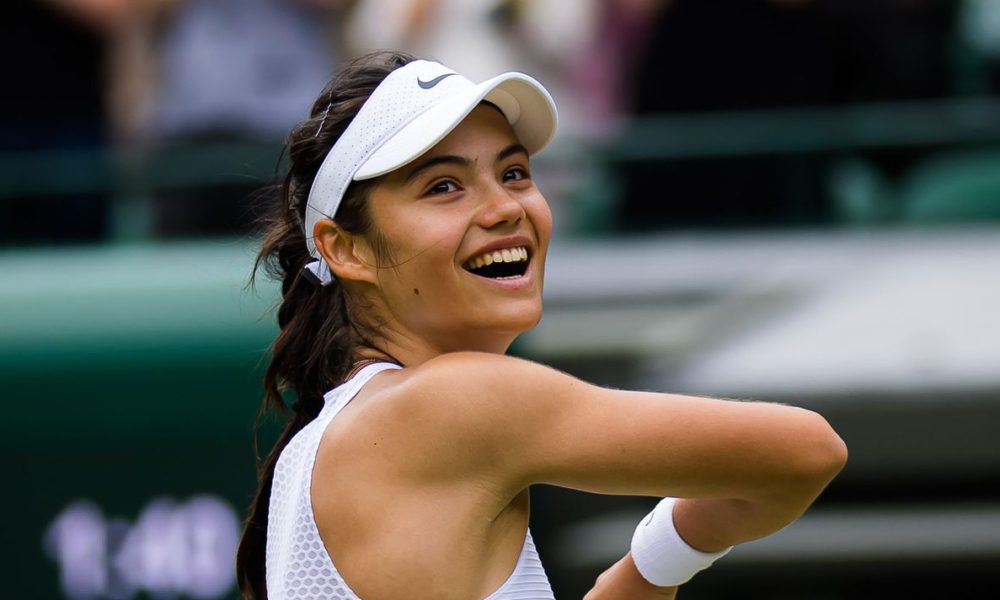 Britain’s Emma Raducanu, 18, became the youngest semifinalist at the US Open on Wednesday, arriving from the qualifying phase, on a day when Alexander Zverev reached the semifinals where she awaits a possible duel against Novak Djokovic.
The world number one starts his last count of three towards a historic title on Wednesday facing Italian Matteo Berrettini, whom he beat in the final of last Wimbledon.
At the start of the day, Raducanu gave another demonstration of her talent and mentality of steel by beating the Swiss Belinda Bencic, Tokyo-2020 Olympic champion, in two sets.
Raducanu, number 150 in the world ranking, beat Bencic, twelfth in the WTA, 6-3 and 6-4 in one hour and 21 minutes of play on the main court of Flushing Meadows.
“It was a very tough game,” Raducanu managed to say, thanking the New York public for their support. “I am very happy to have succeeded.”
The British, who has not given up a set in her seven matches, will face on Thursday the winner of the quarterfinal crossing between Czech Karolina Pliskova, fourth seeded and runner-up at Wimbledon this year, and Greek Maria Sakkari, seventeenth head of Serie.
The other semi-final will be played by Canadian Leylah Fernandez, who just turned 19 on Monday, and Belarusian Aryna Sabalenka, second seeded. Whoever is the winner of Saturday’s final will lift a Grand Slam tournament for the first time.
Among many marks of precocity, Raducanu is the youngest US Open semifinalist since Maria Sharapova in 2005, surpassing Leylah Fernandez in just two months, and could be the first Grand Slam finalist starting from qualifying.
“The truth is, I had no idea about any of the records,” Raducanu said. “This is the first time I hear that I am the first classified to reach the semifinals.”
I’m not here to chase any records. I only take care of what I can do at all times and in the game that lies ahead of me. I haven’t started thinking about the next one yet, ”he explained.
The young woman, of a Chinese mother and a Romanian father, is only playing her second major tournament after breaking into the past Wimbledon until reaching the round of 16.

You can also read:  Ferrer defeats Portuguese Ferreira Silva and goes to the quarterfinals in Estoril

The German Alexander Zverev, runner-up at the 2020 US Open, saved an initial set point to hit the South African Lloyd Harris, 46th in the ATP ranking, on the fast track.
Zverev, fourth in the ATP, beat Harris 7-6 (8/6), 6-3 and 6-4 in two hours and five minutes of play.
The German went through serious problems before Harris’ service at the start of the game but, after saving a set ball in the opening tiebreak, he stepped on the accelerator towards victory without the South African being able to stop him.
Zverev, who continues to pursue his first Grand Slam title, now awaits the winner of the quarterfinal crossing between Berrettini and Djokovic, whom he beat in their last meeting at the Tokyo 2020 Games, where Zverev won the Olympic gold.
“It will be an exciting semifinal,” Zverev acknowledged.

The clash between Djokovic and Berrettini, the sixth seed, closed Wednesday’s program at Flushing Meadows.
The game will be a reissue of the last Wimbledon final, in which the world number one was imposed.
If he achieved his fourth crown in New York, Djokovic would conquer all four Grand Slam tournaments in the same year, a feat that no male tennis player has achieved since Rod Laver in 1969.
With this title ‘Nole’ would also overtake Roger Federer and Rafa Nadal in the race for the highest number of Grand Slams conquered, with 21.(AFP)