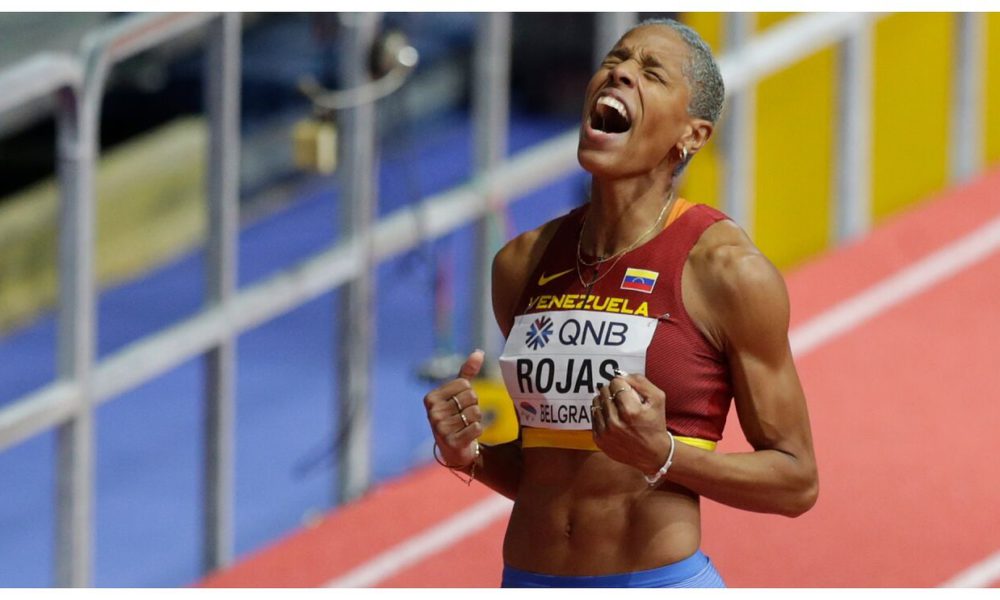 The Venezuelan Yulimar Rojas, queen of the triple jump, takes on the challenge of also competing in the long jump at the next World Championships in Athletics, Oregon-2022, after achieving the classification mark in this specialty on Wednesday.

“Our goal is to reach the World Cup in both tests. We are going to continue preparing and giving our best,” Rojas, 26, said in a statement sent by his press team after he won the long jump competition at the XXI Guadalajara City Meeting, in Spain, with a record of 6.93 meters.

By reaching that distance on her fourth attempt, the athlete from Caracas exceeded the minimum mark necessary for the World Championships: 6.82.

At the same time, he set a new national record for Venezuela.

The World Championships in Athletics will take place in Eugene, Oregon (United States), from July 15 to 24.

On March 20, at the Indoor World Championships in Belgrade, the Venezuelan celebrated her third indoor world crown in her favorite discipline and, incidentally, set a new world record with a mark of 15.74 meters. She had obtained the previous two titles from her in the editions of Portland-2016 and Bimingham-2018.

He improved by 7 centimeters the record of 15.67 that he had set at the Tokyo 2020 Olympic Games, in which he left behind the record of 15.50 that had been held by the Ukrainian Inessa Kravets since 1995. (AFP)