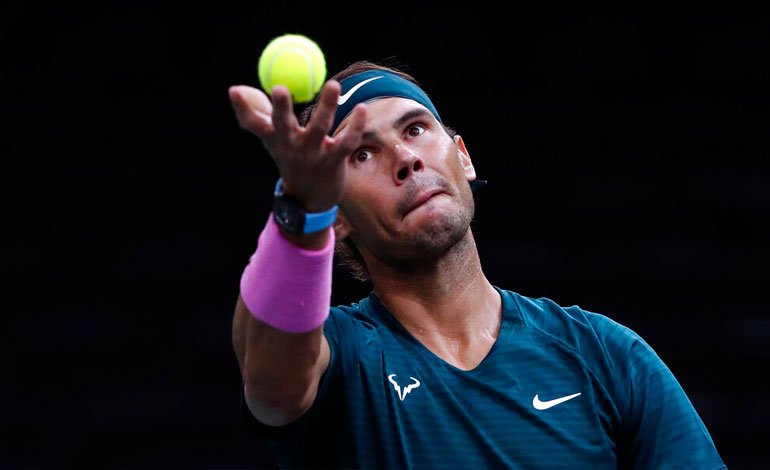 German Alexander Zverev (7th) beat Spanish Rafael Nadal (2nd) in the semifinals of the Masters 1000 in Paris by 6-4 and 7-5 and will play the final against Russian Daniil Medvedev (5th).

Zverev had never passed the quarterfinals of the Parisian indoor tournament (2018). In eight appearances, Nadal only played in the 2007 final, but lost.

“I am very happy, the continuation of the season for me after the break (due to the pandemic) has been very good,” Zverev said on Amazon Prime Sport.

Nadal also missed the opportunity to equal Novak Djokovic’s record of 36 Masters titles. The Spaniard, winner of Roland Garros for the 13th time a few weeks ago, will end his season at the London Masters, which begins on 15 November.

You can also read:  Zverev to quarterfinals, Cibulkova KO

The 23-year-old Zverev extended his stupendous winning streak to 12 after winning the Cologne Tournament. He was previously a finalist at the US Open, which he lost in five sets to Dominic Thiem.

Brilliant at the service and feisty to the rest, the German praised the work done with his coach, the former Spanish player David Ferrer.

“The greatest influence was the training we did during the COVID-19 break,” he acknowledged. “I think I improved many things and I am showing it,” he added.

After reaching the semifinal with difficulties, coming back a set in the second round against his compatriot Feliciano López and another in the quarterfinals against fellow Spaniard Pablo Carreño, Nadal showed his best tennis in the second set, which was close to signing up.

Frustrated, he ran into a Zverev who did not lose his cool and knew how to rebuild himself to come back and score the second set.

Before Medvedev qualified for the first time for the Parisian final, defeating Canadian Milos Raonic (17th) in straight sets, 6-4 and 7-6 (7/4).

Medvedev (24 years old) thus reaches his first final of the season and will seek a third Masters 1000 trophy, after those won in Cincinnati and Shanghai in 2019.

Zverev has a record of five wins and one loss to Medvedev.

“One-on-one is one thing, but a final is different,” recalled the German, who lost to the Russian last year in the final in Shanghai. AFP (HN).

You can also read:  Roy Barahona with four gold medals in Us Masters