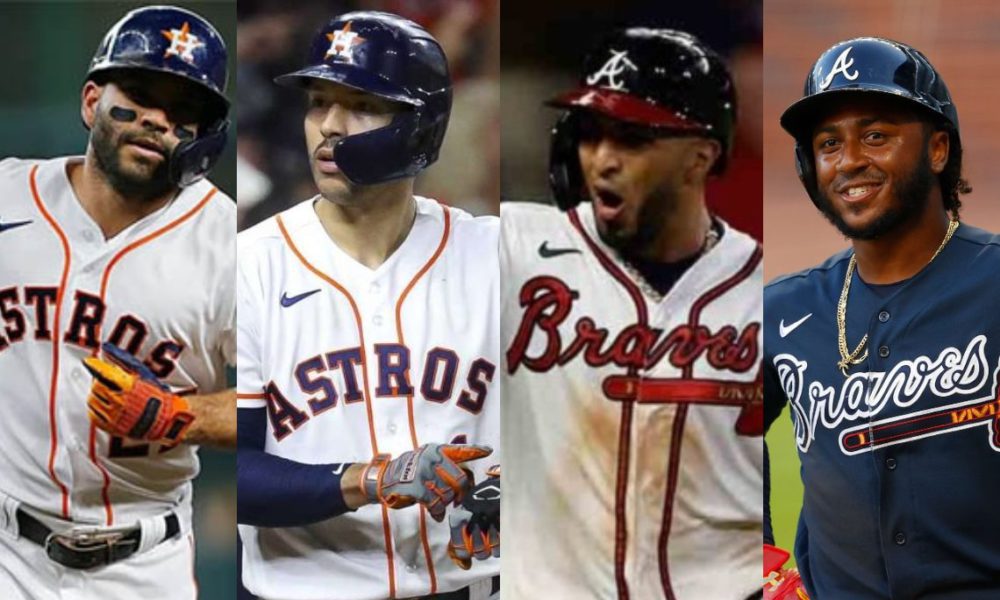 The rosters of players for the most important event of the MLB season have been revealed and, among the 56 players called up between the Houston Astros and Atlanta Braves for this 2021 World Series, the participation of 20 Latino players from six different countries stands out.

The country that has contributed the most players to this new edition of the Fall Classic is Venezuela with a list headed by José Altuve, a native of Puerto Cabello, Carabobo.

Cuba will also have a very significant representation with five players born on the island. Astros is the team with the most foreign players with 13, while the Braves have seven.

You can also read:  Mike Trout out with injury for remainder of 2021 MLB season

Most of the players are position players, especially with seven infielders. Six players are outfielders, five are pitchers and two more occupy a catching spot.

Cuba (5): OF Yordan Álvarez, IF Aledmys Díaz, IF Yuli Gurriel, OF Guillermo Heredia, OF Jorge Soler