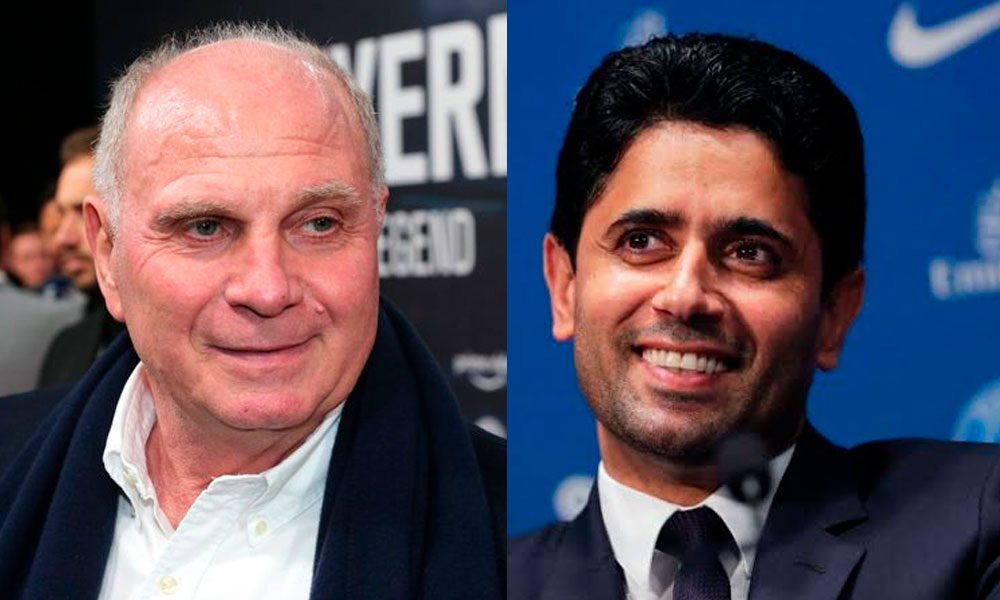 “The difference between him and me is that while I had to work hard for the money I have, they gave it to him.” Hoeness said in the podcast “11 Lives – The World of Uli Hoeness”.

Hoeness, in the podcast, undertakes it with both PSG and Manchester City, owned by an Abu Dhabi investment group.

At PSG, Al Khelafi, according to Hoeness, receives money without having to do anything to get it.

You can also read:  Alliance champion of the Apertura of El Salvador when thrashing the Eagle

“When he wants a player then he travels to his emir,” said Hoeness.

Hoeness recalls that, despite Arab financial backing, neither PSG nor City have managed to win the Champions League.

“Neither team has a single Champions League title. Not even a single one. And they will continue to lose to us. When we win I will be brutally happy. That should be our goal, “he said.

Hoeness is regarded as the architect of Bayern’s current financial might for his tenure first as sporting director and then as president.

In discussions about the financial advantages that Bayern has over other German teams, Hoeness always remembered that the Bavarian club’s money had been generated by playing football and did not come from gifts from a foreign investor.

Hoeness has been with Bayern since his time as a player and became a civil servant at the age of 29, when his active career ended with a knee injury. EFE