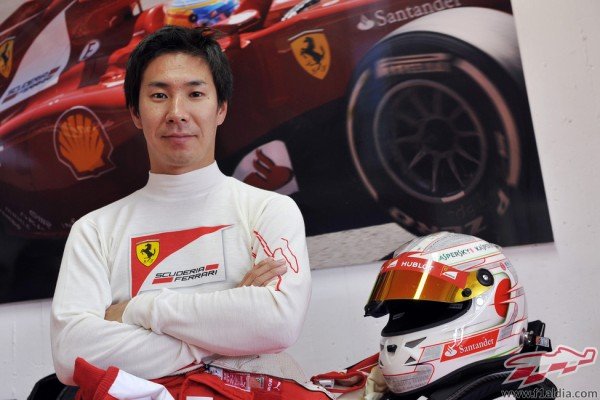 With the announcement by the Caterham team of its two new starting drivers, the Japanese Kamui Kobayashi and the Swedish Marcus Ericsson, the grid for the 2014 Formula One World Championship, which will start from March 14 to 16 with the Australian Grand Prix, in Melbourne. The four-time German world champion Sebastian Vettel will continue as the undisputed leader of Red Bull Racing, but this time he will have Australian Daniel Ricciardo, from the subsidiary team, Toro Rosso, as a teammate.
Ricciardo will replace another ‘Aussie’, Mark Webber, who has signed for the German brand Porsche in a program in the Endurance World Cup and with the 24 Hours of Le Mans as a great goal.
In the 2014 World Cup Mercedes will maintain its current formation, with the British Lewis Hamilton and the German Nico Rosberg.
The Spanish Fernando Alonso will face his fifth season as Ferrari leader, from which after eight years dressed in red the Brazilian Felipe Massa, signed by the Williams team, says goodbye.
The São Paulo player’s place at Ferrari will be occupied by Finn Kimi Raikkonen, who is leaving Lotus to return to the team with which he was proclaimed world champion in 2007, the last drivers’ title won by the Scuderia that fired him at the end of 2009.
Massa will occupy the seat of Venezuelan Pastor Maldonado in Williams, who has found a place at Lotus alongside Frenchman Romain Grosjean. The Brazilian’s partner next year will be the Finn Valtteri Bottas, who continues for the second year as the starter of the British team.
McLaren Mercedes will once again have the British Jenson Button, world champion in 2009 with a Brawn GP. This time he will have a new partner, Danish Kevin Magnussen, this year’s Formula Renault 3.5 champion, who will fill the vacancy left by Mexican Sergio Pérez, who will drive at Force India in 2014.
Pérez will accompany German Nico Hülkenberg from Sauber at Force India. Both replace the British Paul di Resta and the German Adrian Sutil in the team.
The Swiss teams Sauber maintains Mexican Esteban Gutiérrez in its headline scheme, who this time will have Adrian Sutil as a teammate, from Force India.
Ricciardo’s march to Red Bull will be held at Toro Rosso by Russian Daniil Kvyat, 2013 GP3 Series winner. The subsidiary of the Austrian team will continue to have the Frenchman Jean-Éric Vergne as the starter.
In Marussia the same drivers from 2013 continue, the French Jules Bianchi and the British Max Chilton, while Caterham will entrust his two cars to the Japanese Kamui Kobayashi and the Swede Marcus Ericsson, who replace the French Charles Pic and the Dutch Giedo van der Garde.
RED BULL-RENAULT
—————-
.one. Sebastian Vettel (ALE)
.3. Daniel Ricciardo (AUS)
MERCEDES
——–
44. Lewis Hamilton (GBR)
.6. Nico Rosberg (ALE)
FERRARI
——-
14. Fernando Alonso (ESP)
.7. Kimi Räikkönen (FIN)
LOTUS-RENAULT
————-
.8. Romain Grosjean (FRA)
13. Pastor Maldonado (VEN)
MCLAREN MERCEDES
—————-
22. Jenson Button (GBR)
20. Kevin Magnussen (DIN)
FORCE INDIA-MERCEDES
——————–
27. Nico Hülkenberg (ALE)
11. Sergio Pérez (MEX)
SAUBER-FERRARI
————–
99. Adrian Sutil (ALE)
21. Esteban Gutiérrez (MEX)
TORO ROSSO-RENAULT
——————
25. Jean-Éric Vergne (FRA)
26. Daniil Kvyat (RUS)
WILLIAMS-MERCEDES
—————–
19. Felipe Massa (BRA)
77. Valtteri Bottas (FIN)
MARUSSIA-FERRARI
—————-
17. Jules Bianchi (FRA)
Max Chilton (GBR)
CATERHAM-RENAULT
—————-
Kamui Kobayashi (JPN)
Marcus Ericsson (SUE)
(The numbers of Chilton, Kobayashi and Ericsson remain to be known). EFE