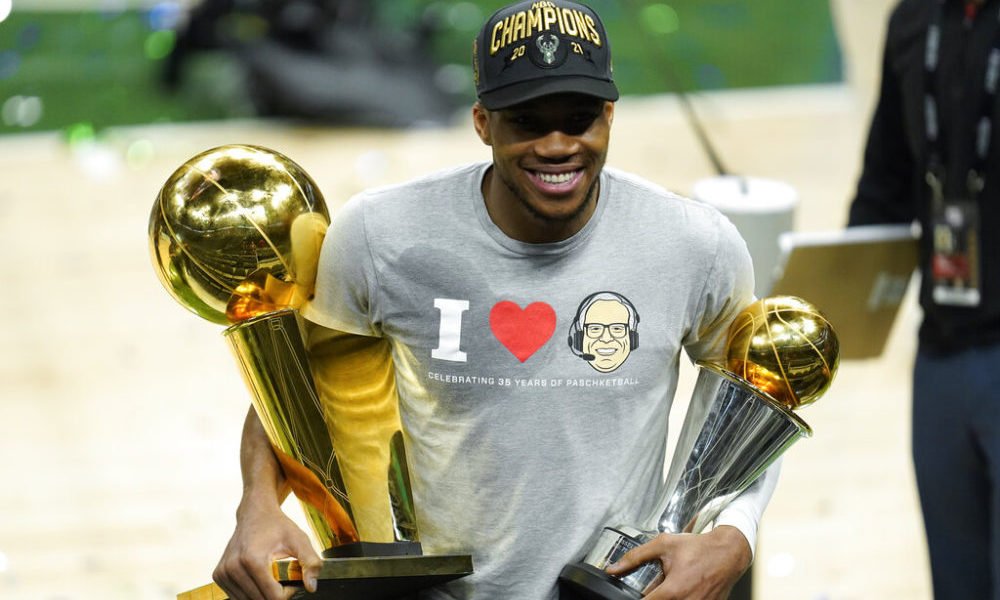 Greece, where the now legendary Giannis Antetokounmpo was born and raised, celebrated in unison this Wednesday the title of his son, author of a historic performance to win the NBA title with his team, the Milwaukee Bucks.

The son of Nigerian immigrants who arrived in Greece in 1991, Giannis was born and raised in a poor family in Sepolia, on the outskirts of Athens, until he rose to the top of world basketball.

Long a victim of racism in Greece, Giannis Antetokounmpo did not achieve Greek nationality until he came of age in 2013.

In Sepolia, Giannis Tzikas, the owner of the bar where the player and his brothers went almost every day, uncorked the champagne and invited his customers after the game this Wednesday morning.

You can also read:  Millsap keeps Hawks on the winning track

He’s a winner! He will always do what it takes to lead his team to victory. When you have that goal, all obstacles are overcome, “declared Tzikas.

Due to the time difference with the United States, most of the Greeks knew when they woke up this Wednesday the triumph of ‘Greek Freak’, designated best player (MVP) of the final.

With 50 points scored, the 26-year-old made a performance on Tuesday at the height of Michael Jordan’s 55 points in the 1993 final or LeBron James’ great game in Game 7 in 2016.

“The appearance of Giannis (on Tuesday) was the icing on the cake,” added his former coach on the Greek portal Sport-FM, who was waiting for “the great career” of Antetokounmpo.

“Congratulations to Giannis Antetokounmpo on his NBA win with the Bucks and his MVP,” Foreign Minister Nikos Dendias tweeted.

“From a small apartment in Sepolia to the top of the world,” opposition leader Alexis Tsipras said on Facebook.

In addition to Giannis, the former prime minister congratulated his brother Thanasis, also a member of the Bucks and who could not play in the final due to a quarantine: “Children of parents who came to Greece in search of a better life, and who raised to his family with principles, values ​​and ideals. It is an honor that they are Greek.

You can also read:  LeBron James is now the 12th scorer in the NBA

The Greek Olympic Committee also wanted to join in the congratulations. «To the formidable Giannis Antetokounmpo, become NBA champion. This triumph is unique and makes Greece known throughout the world, “the committee said.

According to the Hellenic media, Antetokounmpo and his family will arrive in Athens on Saturday to enjoy their vacations.

But “if there aren’t 100,000 people to greet me at the airport, I won’t get on the plane,” the player joked to Greek journalists who covered Tuesday’s game in Milwaukee.

Although it seems unlikely that the Greek hero will be received by so many people, it is certain that there will be many fans who will cheer him on his arrival at the airport. (AFP)