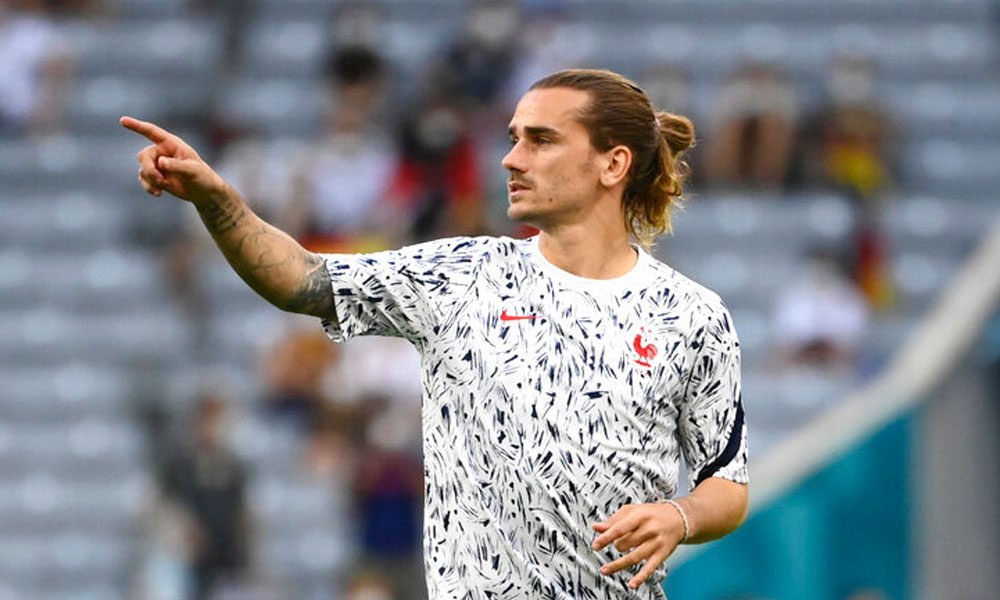 A key player in the French national team since 2014, Antoine Griezmann celebrates 100 international matches on Sunday and will do so against his adopted country, Spain, host country that propelled him to the ‘Bleus’, where he maintains his influence despite a period of doubts with Atlético.

In the League of Nations, the two countries of the forward’s heart are measured: the one that saw him born, in Mâcon, and the one that transformed him into a professional footballer, in San Sebastián and Real Sociedad.

The Spain-France final, in Milan (6:45 p.m. GMT), will be very symbolic for the Atlético de Madrid attacker: at 30, the French international is about to challenge a rejuvenated ‘Red’ made up of footballers with whom he has met. crossed in the fields of game of LaLiga throughout his 400 parties in the championship.

You can also read:  Wenger: A European Super League would destroy the Premier League

In Spain ‘Grizou’ is one of the strongest men in the championship of the last decade, despite the fact that he continues to pursue his first league title.

«When Antoine was at La Real, I was little and didn’t have a precise idea of ​​what football was, but the journey he had there showed the type of player he was. It marked his time ”, praised him on Friday the winger Mikel Oyarzabal (24 years old), trained in the Royal Society like the Frenchman, who left the Basque Country in 2014, the year of his first international appearance.

Since that March 5, 2014 against the Netherlands (2-0), Griezmann’s tri-color history has been written with a single stroke, or almost: The forward has barely missed four games in seven and a half years and on Sunday he will play his 57th consecutive match, absolute record in the history of the ‘Bleus’.

You can also read:  UEFA allows 26 players per team to be called up for the European Championship

This smooth international path, from Brazil-2014 to the Moscow title in 2018, passing through his tears in the final of Euro-2016 in which he finished as the top scorer (6 goals), contrasts with the ups and downs that have accompanied him for some time. two years.

His signing for FC Barcelona, ​​in the summer (boreal) of 2019, has not meant the leap forward with which he dreamed for his career.

And he’s having a hard time starting his return to Atlético, despite a Champions League goal against AC Milan at San Siro, where he returns on Sunday.

“It’s never easy to go back to a club, especially when it didn’t work out elsewhere. You have to get used to it again, that is not done by snapping your fingers, and the expectations are high. But knowing him, with his mentality and his footballing ability, it does not worry me “, supported his coach, Didier Deschamps, when he gave the October call-up.

You can also read:  Balotelli scores his first goal for Monza in Serie B

By making Griezmann his strong man since the 2014 World Cup, the coach laid the foundations for a future statistics monster. Beyond his longevity that will allow him to become the 9th French international to reach 100 caps on Sunday, Griezmann (41 goals, 20 assists) is gradually approaching the records of targets (51) and decisive passes (27) by Thierry Henry.

“It is close but it is not a goal that I am obsessed with: there are games that I do not shoot!” He said on Friday, a month after his two goals against Finland. “Ten goals are many and few at the same time, we will take it easy,” he closed with a smile. AFP (HN)