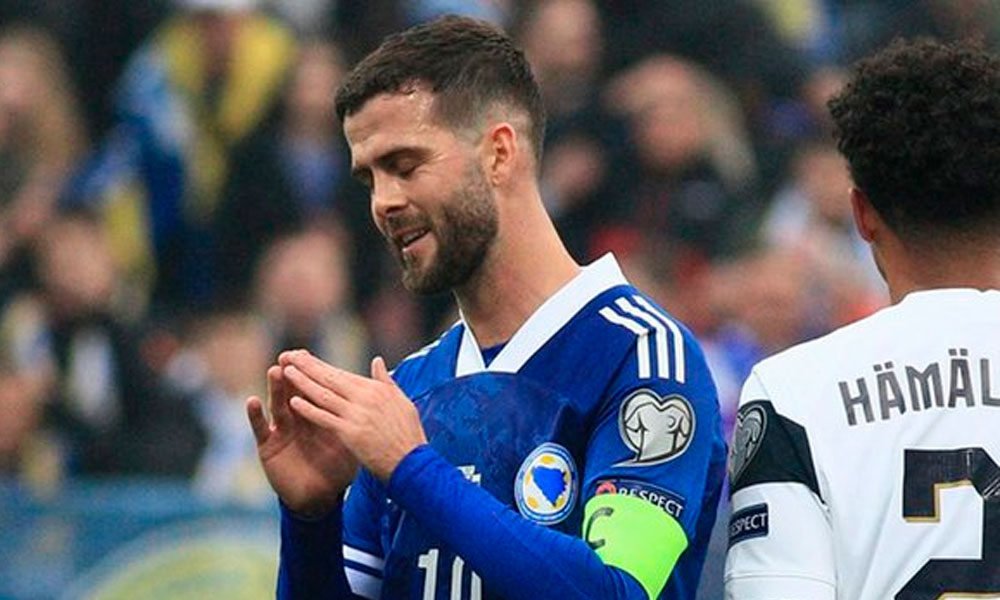 Midfielder Miralem Pjanic has been expelled from the Bosnian national team for disciplinary reasons, after being seen drinking at night parties before the game against Finland, which ended with a defeat (1-3) and the farewell to the options of qualifying for the Qatar World Cup in 2022.

This was indicated by a statement from the Bosnian Football Federation, which was soon deleted without explanation.

Bosnian coach Ivaylo Petev declared that the decision to exclude Pjanic from the national team last night during the game against Ukraine (0: -2) was his.

“I can not say anything more. I respect him as a person and as a player. It was our agreement, “said Petev, according to the Bosnian Sportsport portal.

You can also read:  'Chicharito' decides the Los Angeles derby with a goal and an assist

Pjanic, a Barcelona footballer on loan to Turkish Besiktas and one of the best Bosnian footballers, played on the 13th in the match against Finland for 67 minutes and was fired from the pitch with boos for his blurred performance.

Bosnian portals meanwhile posted photos of Pjanic drinking and smoking the night before the important game against Finland.

The deleted statement from the Bosnian Federation indicated that Pjanic regretted his behavior and understood the coach’s decision.

“His act, however inappropriate for a player of such renown and the patriotism that everyone who wears the national jersey must feel, would have to be understood as a consequence of insufficient psychological recovery after everything that happened to him in the last year of his career. career ”, indicates the statement that was withdrawn.