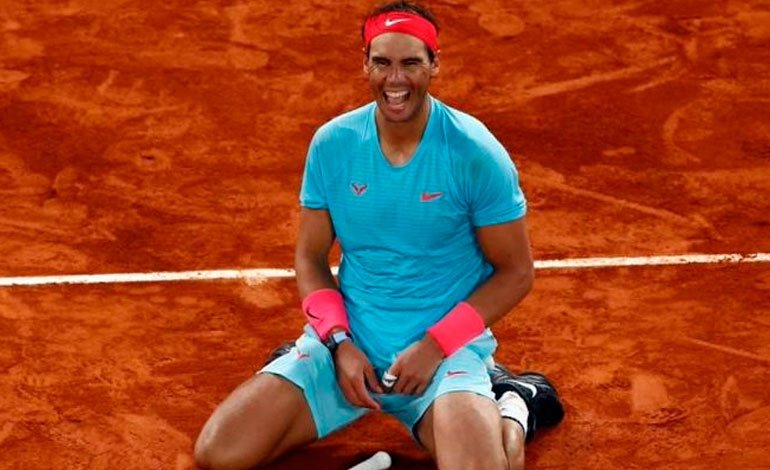 The Spanish Council of Ministers agreed on Tuesday to award the Grand Cross of the Royal Order of Sports Merit to tennis player Rafa Nadal, who last Sunday won his thirteenth Roland Garros title by defeating Serbian Novak Djokovic, world number one, in the final. , 6-0, 6-2 and 7-5.

The spokesperson for the Executive and Minister of Finance, María Jesús Montero, announced after the meeting of the Council of Ministers the concession to Nadal de la Gran Cruz, which is the highest distinction of the Royal Order of Sports Merit and that they have already received names such as the former selector Spanish soccer player Vicente del Bosque, the players Xavi Hernández, Iker Casillas and Andrés Iniesta, world champions, or the gymnast Gervasio Deferr and the canoeist David Cal, Olympic champions.

You can also read:  Monica Puig renews her team with the incorporation of Kamau Murray

«There is little to mention about the résumé of this athlete, this one out of the ordinary on the slopes. Also outside. At 34 he has twenty Grand Slams, he has been a gold medal in the Olympic Games both individually and endobles, five times Davis Cup champion, thirteen times winner of Roland Garros and we are honored to convey this distinction to him not only for his sporting milestones. , but also to bring together the values ​​that we want for the youngest, “said the minister.

Nadal’s victory at the last Roland Garros marked the twentieth Grand Slam for the 34-year-old Majorcan tennis player, who was Olympic champion in Beijing 2008 and in doubles in Rio 2016 and thus equaled the number of great tournaments that the Swiss Roger owns. Federer. EFE (HN)

You can also read:  Japanese Nishikori announces that he tested positive for the coronavirus, two weeks after US Ope